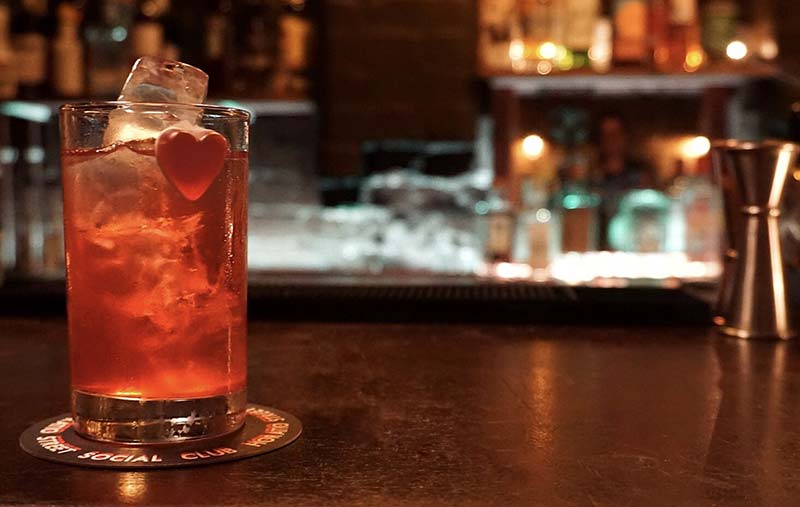 In a nutshell: New cocktail bar on Hackney Road

Summing it all up: Two ex-CalloohCallay bartenders launch their first venue in the basement of The Nelson’s Head

Hidden in the basement of The Nelson’s Head pub, the new bar promises to offer a blend of innovative cocktails and relaxed hospitality to this neighbourhood spot. The intimate space will see the duo slinging a menu of always changing House Cocktails designed to showcase world-class drinks which start at around £9. Also available will be a selection of classic cocktails as well as ‘easy drinking lager or fizz for toasting a special occasion.’

We caught up with the team to find out a bit more about their plans for the new bar:

How did your relationship with the Nelson's Head come about?

We’d used the space for a pop up in December after we’d left CalloohCallay. Mainly to test new drinks and ideas, but also because unemployment is really boring. The whole thing went down better than we ever expected so when the opportunity to take the space long-term arose, it was a no-brainer.

What are your favourite cocktails from the opening list?

Jake: Naïve melody. This drink (which combines Campari, White Wine and Kola Nut cordial) is interesting because it’s rooted in two very distinct drinks, that, hopefully, we all know pretty well. So it delivers something familiar and new.

Simon: Fanmail. If I don’t know what to order at a bar, I’ll order a whisk(e)y and soda. This drink is a beefed up version of that with pear and chamomile making it tasty as hell.

What drew you to the area, where else do you like to eat and drink nearby?

We like a pub. Fortunately, we’ve got some blinders around us. Top of the list is the Marksman. You’ll be hard pushed to find a pub with a better food and drink offering in London. Bad Sports for Tacos and Tequila. We’re also a short walk from Bethnal Green so The Sun Tavern won’t get too much of a chance to forget our faces.