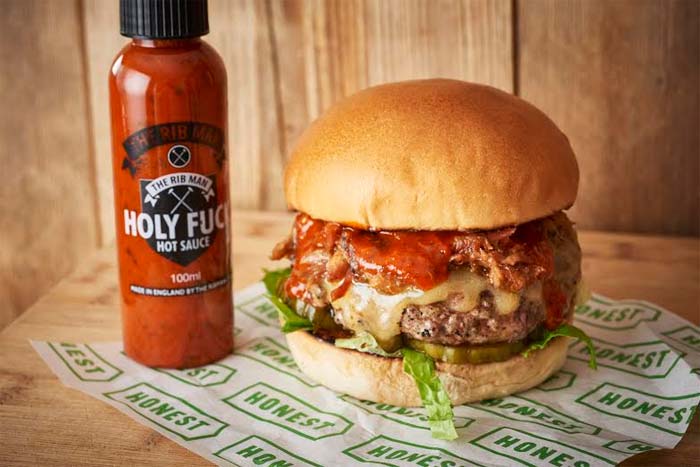 Burger purveyors Honest Burgers are continuing their gradual takeover of London with their latest opening - this time in Covent Garden.

They'll have the usual array of burgers and rosemary fries, and there'll be some special launch days action too. From 25-27 January 2016, the first 100 burgers each day will be free from 11.30.

And that's not all, as they've a new special on the way. They're teaming up with the mighty Rib Man for a special with Ginger Pig dry-aged beef patty, Ribman rib meat, mature cheddar, Holy Fuck sauce, pickles and lettuce. That's pictured above and hits all Honest Burgers from 26 January to 15 February.

PLUS - they're having honesty day at the new Peckham branch on 24 January where you can pay what you like all day long and everything's going to charity.