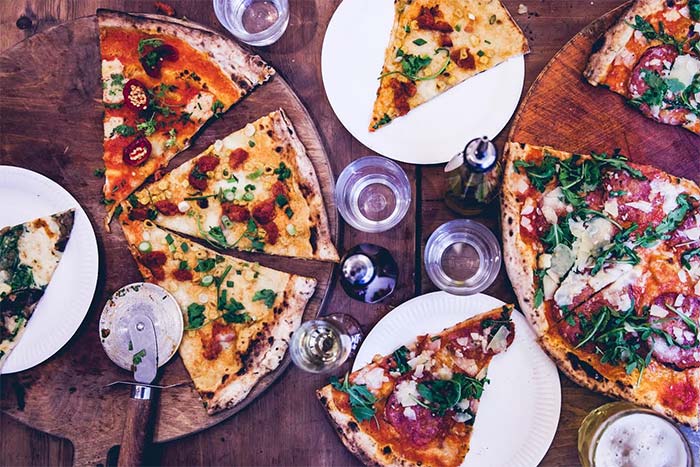 There's a new pizzeria on the way to Shoreditch as Homeslice (already big in Covent Garden and Fitzrovia) is due to open there before the end of the year. Details about the new place (which is just next door to The Clove Club) are thin on the ground at the moment, but expect it to serve up the same wood-fired pizzas that are going down well at the other branches. So that's 20” pizzas available whole and by the slice alongside locally sourced beer, frizzante prosecco on tap and organic wine by the magnum.

Homeslice opens 3 December 2015 at 374-378 Old Street, London EC1V 9LT. Opening hours are Mon to Sat 12pm-11pm and Sun 12pm-10pm.They're having a soft launch for 2 days where the first 100 slices of takeaway pizza each day will be free, followed by 50% off further orders to go and 50% off all pizzas ordered in-house. Find out more from them on Twitter @homesliceLDN/