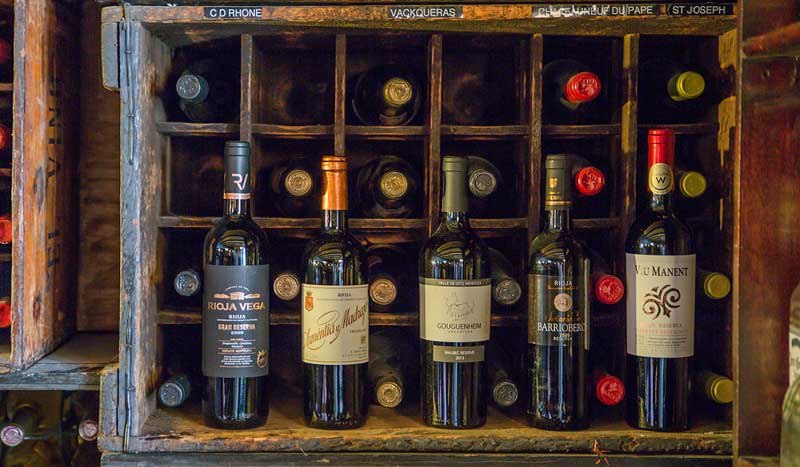 In a nutshell: Historical wine bar and shop with a Spanish, Portuguese and South American slant, serving tapas and larger plates

Summing it all up: It's been around since the dawn of time, but now historic London wine bar company is changing gears to open a much more modern bar in the City at London Wall

El Vino, the famous historical haunt of reporters and barristers, and provider of many a liquid lunch to those who lived in the golden age of journalism, is about to open a new two-storey venue in London Wall.

It's the first major development since the historical bar was bought by chain Davy's back in 2015, and a bit of a departure from their locale of their other three venues, which are based in and around Fleet Street. One includes the Olde Wine Shades, which holds the title of the City’s oldest bar, and pre-dates the Great Fire of 1666. Famously, way back when, women weren't even allowed to step foot inside El Vino until a court case in 1984 ruled in their favour (on the slighty dubious grounds they'd miss all the the day’s journo gossip if barred).

El Vino Mason’s Avenue, their fourth, will instead be close to St Paul's tube and near Lloyds Banking Group HQ and a plethora of insurance companies, meaning it's likely to attract a slightly different vein of punters to the good old days.

Inside, there’ll be much the same on offer - a Spanish, Portuguese and South American-inspired wine list, with an Iberian-style menu with tapas and larger main dishes on offer. And much like the original venues, bottles will also be available to take home as well.

Dishes range from snacks and sarnies through to cheese, mezze and charcuterie boards as well as main courses. Expect them to include:

But while there’s no doubt it’ll follow as closely as possible in its predecessors’ footsteps, it remains to be seen if the contemporary vibe of El Vino Mason’s Avenue will have quite as much welly as the original venues.