High tea with a difference pops up on the roof of Selfridges, with wastED London 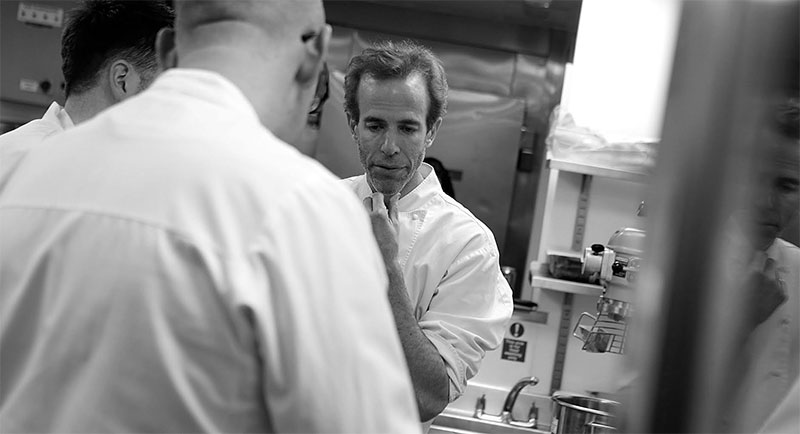 What: wastED London at Selfridges

In a nutshell: Afternoon tea using ingredients that’d otherwise end up thrown away

Summing it all up: The Rare Tea Company joins forces with some of London’s tops chefs, including Ottolenghi, to show you why you shouldn’t throw your tea leaves away, all while sitting in a greenhouse on top of Selfridges.

Overlooking Soho, high above Oxford Street, a greenhouse perched atop the roof of Selfridge’s must be a most unconventional place to take afternoon tea. So it follows that the meal is also unconventional in itself.

It's all part of wastED London, Selfridges' pop-up on the roof with Blue Hill's Dan Barber (that's him above). It's a ‘not-so-customary tea’, as the tagline goes, and will serve food and drinks themed around reducing and reusing your waste - quite a contrast from the fanciful decadence normally associated with the tradition.

The idea is that the menu will focus around ingredients that’d otherwise meet their end in the compost, and some of London’s top chefs are on board. Yotam Ottolenghi, Chris Underwood, Clare Clarke (partnering with om Brown, chef for Nathan Outlaw in Cornwell) and St John Afternoon Tea are some of the names you can expect to see, who’ll each be creating a weekly menu from leftover ingredients.

Similarly, if you’ve been chucking your tea leaves in the bin after one or two cups, you might have missed out on what Lovell is calling “the nuanced and often discarded flavours of these third and fourth infusions.” Well, there’s only one way to find out.

It’s set out to be quite an experience - the price for the full menu and tea starts at £32, with add-ons available. You’ll have to trust the chefs though - there’ll be no peeking at the details of the menu before you rock up.

And look out for some special Hot Dinners-related news on wastED coming very soon...

Where is it? Selfridges rooftop, 400 Oxford St London W1A 1AB