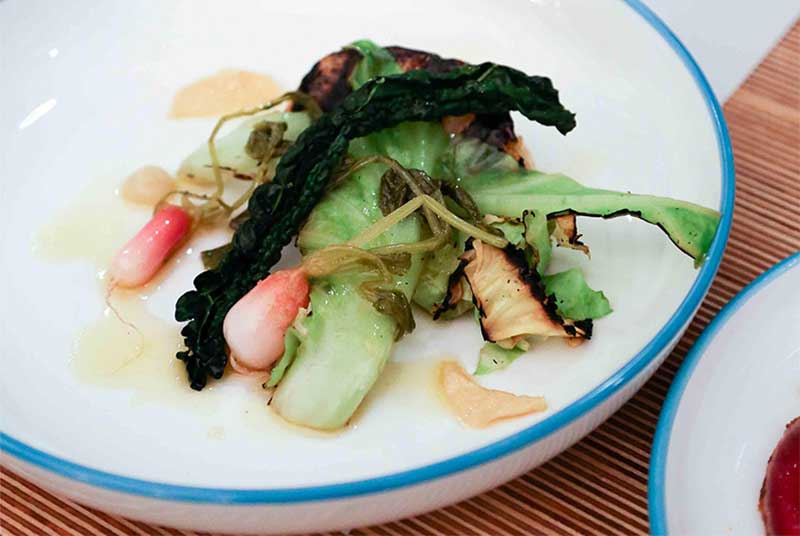 In a nutshell: Wood-fired food from a former Murano chef

Summing it all up: Pip Lacey, the former head chef at Murano (and who you may also know from 2017’s Great British Menu) is the brains behind Hicce, a new restaurant with wood-fired food that'll be brimming with British flavours.

The venture will be the product of Pip's longstanding friendship with Gordon McIntyre going back 17 years. Since they became friends both have forged careers in hospitality - Gordon in the pub industry and Pip in the restaurant world, most recently as Head Chef of Murano. Hicce, as Pip explained to Hot Dinners, will be focused on “modern cooking using traditional techniques,” which will include “marinated, raw, cured, pickled and wood-fired fish, veg and meat.”

Although Gordon will be looking after front of house, Hicce will have “an open kitchen with all staff cross-trained,” Pip explained to us.

“We’re trying to get away from the front and back divide,” she says. The aim is to give customers a “great experience through our service, food, passion and knowledge. We have always wanted to create somewhere that we would love to go to ourselves, by drawing on all our amazing experiences we've had as friends and channelling them into Hicce."

Where is it? Central London, TBC