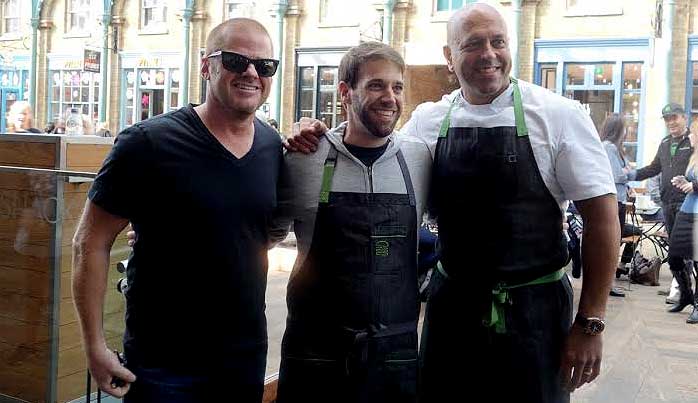 So this is a big week for Heston and the team at The Fat Duck. It's the point at which all the money and effort spent reworking the restaurant is finally put to the test.

If, like us, you thought The Fat Duck already was open, turns out these last two weeks have actually been a soft launch. Hot Dinners caught up with Heston when he turned up try Sat Bains's one-off burger for Shake Shack in Covent Garden on Friday.

"It's been an awful lot of work," he told us. "It's really exciting - the biggest thing I've ever done."

"Every day we're adding something new. For me, I know what we've got to come and it's slightly frustrating because I want it all tomorrow and I've got to be patient. It's just tweaking and tweaking. There's things like we haven't got the right chairs yet - they're coming shortly. When you're putting things together in the room, we want more lighting and we're looking at how the menu works, the communication of it, the staff training, the words they use - all of that. So that's why this soft opening has been so important for us."