Heston's Hinds Head in Bray is getting a big revamp 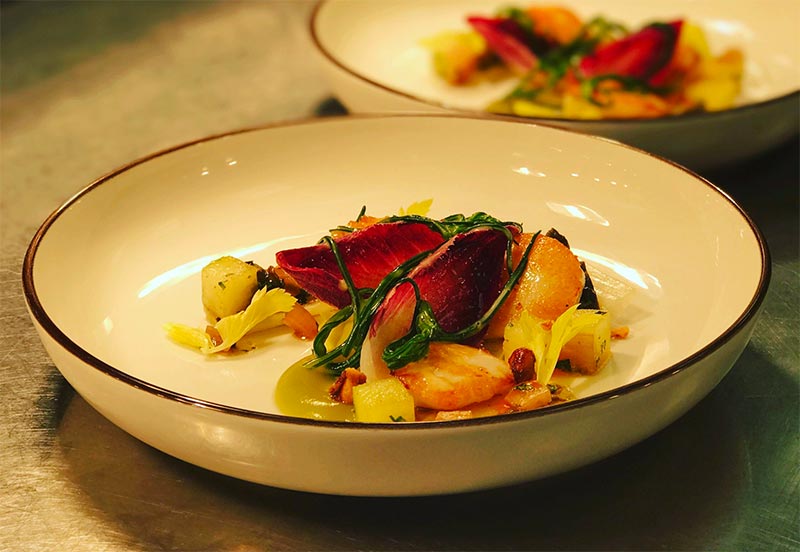 The Fat Duck isn't the only Heston hosted hostelry in Bray, there's also the very highly rated (and considerably more affordable/ easy to get into) The Hinds Head. And now we hear that changes are coming to the restaurant.

First of all, expect new menus - focusing on a choice of a three-course lunch menu for £25 plus four and six-course dinner menus for £45 and £58. They're all set-menu affairs, with come of the classics like the Chocolate Wine dessert on the main six-course menu. But there are a few new dishes, including roast duck breast with asparagus, wild garlic and celeriac as well as a white chocolate and lemon cheesecake with some tempting sounding biscuit ice cream.

Elsewhere, the ground floor is becoming what they're calling a "larger more cossetted dining area" with lots of leather banquettes added.

Meanwhile, there will be a new lounge, with its own bar, upstairs. Here you can expect "comfortable sofas, armchairs, rugs and fantastical trophies". We're assuming that last bit will have a Heston touch. There will be a separate drinks list up here and - something which has us very interested - a separate bar snacks menu. And there will also be a big glass-walled wine room up here too with a lot more bottles added to the list.

As for the private area, The Vicar's Room is also getting a big revamp with "teasing, tongue-in-cheek references to the building's association with Simon Aleyn, the infamous Vicar of Bray."

The Hinds Head at High St, Bray, Maidenhead SL6 2AB closes for the revamp on 26 March 2017 and reopens on 20 April 2017. For more, follow them on Twitter @HindsHeadBray.