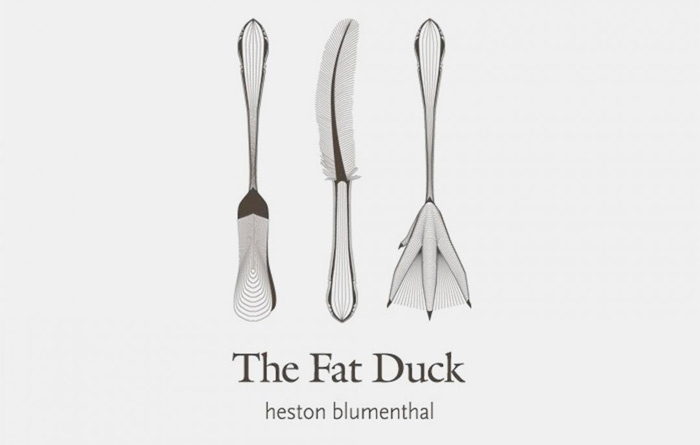 It's the twentieth anniversary of Heston Blumenthal's Fat Duck so, after taking a bit of a holiday in Melbourne, he's back in Bray and getting ready to relaunch the restaurant. Lots more information is being revealed - so what can diners expect..?

Is the menu changing?

While a lunch at The Fat Duck has been a dining high point for Hot Dinners, the lack of change in the menu hasn't made us rush back. However, in an interview with Jay Rayner, Heston says that those dishes are always slightly evolving, despite the dish names staying the same. In that, he said that the revamp will see the last of snail porridge and egg & bacon ice cream - but the savoury ice lollies and Sound of the Sea are here to stay (but don't expect them to be in exactly the same guise).

That said, the most famous dishes are being "archived in a hall of fame" and may be available for special requests. So if you've travelled halfway across the globe and MUST have snail porridge, it's probably worth asking in advance.

Now that the full menu is available - you can see that online here - The sound of the sea is indeed on the menu, which is put together in a storybook fashion, with chapters instead of courses. Apparently the menu will also look like a map (expect some flourishes from artist and longtime Heston collaborator Dave McKean there), and is based on Heston's perfect day from childhood from breakfast to bed time - which does explain all the childrens' storybook references.

Much as the full menu has been revealed - it still essentially says nothing about the food itself. So that will have to wait for day 1. Oh, and the whole menu will take around four hours to get through.

According to Heston, they'll be building the excitement from the moment you book and - again from the interview with Rayner - the sweets (aka "like a kid in a sweet shop") will apparently be delivered by a robot that puffs smoke. Also expect a complete change to the look and feel of the room - and expect the front of house to potentially be a wee bit more theatrical in keeping with the new menu.

I've never been to Bray - how easy is it for a Londoner?

Easy - just get a train to Maidenhead and taxi it from there. We'd recommend a lunch trip as you'll want to take as much time as possible over that menu - with a good few glasses of wine on the side.

How much will it cost?

The tasting menu reached £220 a head before the restaurant closed last year and it's now up to £255 (we guessed £250, so not too far out). That doesn't include wine, although on a previous visit we didn't find the wine list too intimidating price-wise, if you look hard enough. Either way, start saving now.

And how difficult will it be to get a booking?

Frankly, very VERY hard indeed. As expected, when they return there will be a ticket system much like the one that's currently being used by The Clove Club, among others. You'll pay for the meal (not including drinks and service) in advance. It means that cancelling is only an option until 15 days after you make that booking - or up to 28 days before you actually eat - as long as they can get another booking to replace you.

When does booking open?

On 3 September at 12 noon on their website. Let's see if their website holds up. How far in advance they're booking is to be revealed - but they are also booking lunch and dinner for Sundays in December. If you want a pre-Christmas treat.

And when will it reopen?

The Fat Duck reopens on the High St, Bray, West Berkshire SL6 2AQ on 29 September. Heston's not on Twitter himself but you can find out more from the team at @TheHestonTeam