Here's who's competing in the BBC's Million Pound Menu show 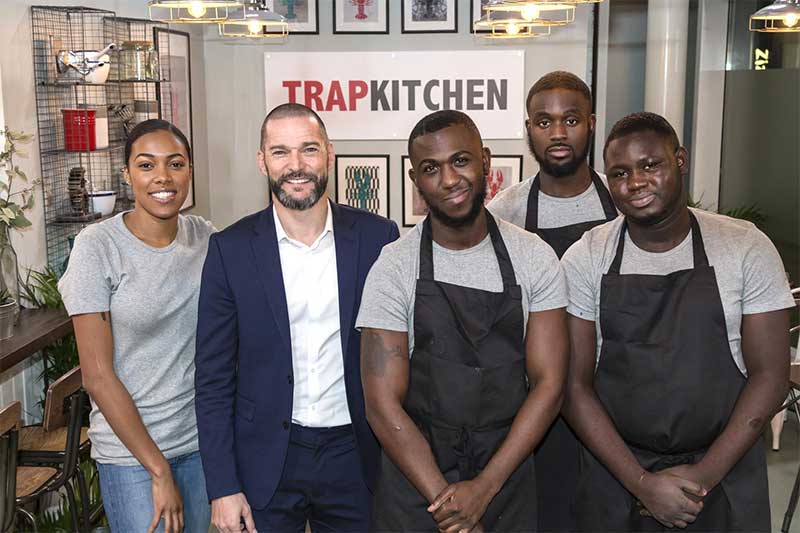 Headed up by none other than First Dates (and Galvin at Windows Maitre d') Fred Sirieix, this new show gives 12 budding restaurateurs the chance to win investment they need to turn their dreams into reality.

Billed as "A cross between Dragons’ Den and MasterChef" - each week sees two contestants setting up shop for three days. On the final day of service, they find out if their food and business plans have been strong enough to secure a momentous, life-altering investment.

The decision is down to a group of industry folk who include chef Atul Kochhar and MEATliquor's Scott Collins among them. As Fred described them to us, "they're the most influential investors and experts."

"The UK restaurant scene has never been so exciting, " Fred told Hot Dinners. "Getting an investment to fund and open your own place and going from a dream to brick and mortar is the Holy Grail for so many people who work in the hospitality industry. What is less known is how it all works.

"This new program shows what happens behind the scenes and demonstrates that although food is so important it is not only about food but about the whole business (concept, service, staff, people, finance etc...). It was fantastic to be there and support all these restaurateurs throughout this very scary but exciting process."

So has Fred ever thought about doing the same and opening his own place? "I have been at Galvin at Windows at the London Hilton on Park Lane for the last 12 years," he says, diplomatically. "My approach is very proprietorial, as such it feels like mine." But he did admit to never saying never; "I do not however rule out anything at this stage."

Here's the Hot Dinners guide to the 12 teams taking part:

Seasonal British restaurant run by Ruth Hansom and sommelier Emily Lambert, who met while working at The Ritz. 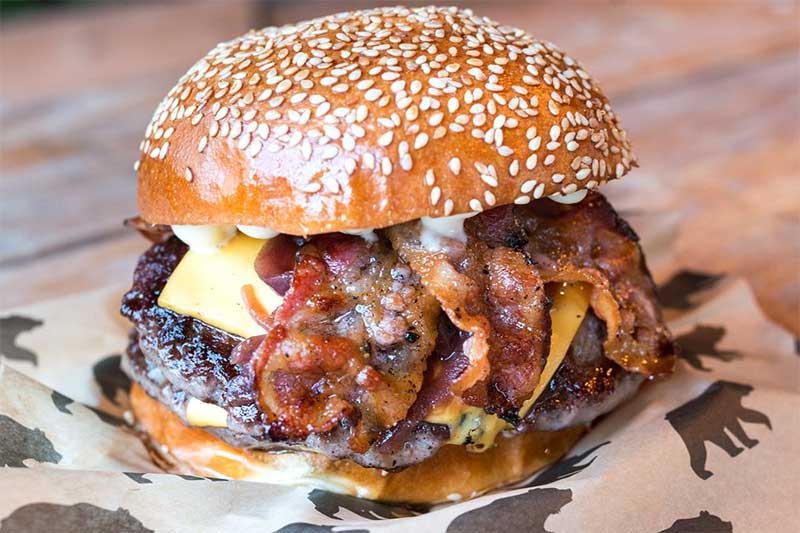 Liz and Stew Down are the husband and wife team behind this burger company that can be found at Boxpark Shoreditch They're all about the quality of their grass-fed beef. 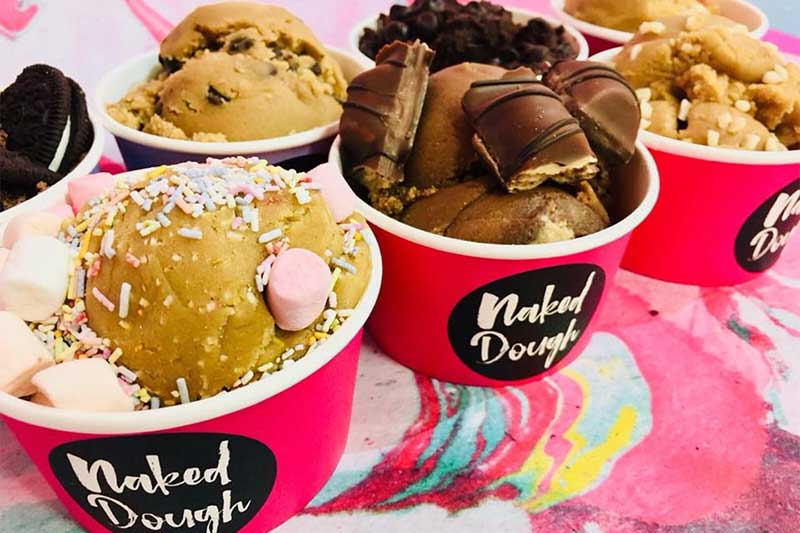 Pastry chef Jen Henry and her friend Hannah Adams are a cookie dough parlour company you may have seen at Old Street Station. It's all down to Jen's egg-free dough that’s safe to eat raw. 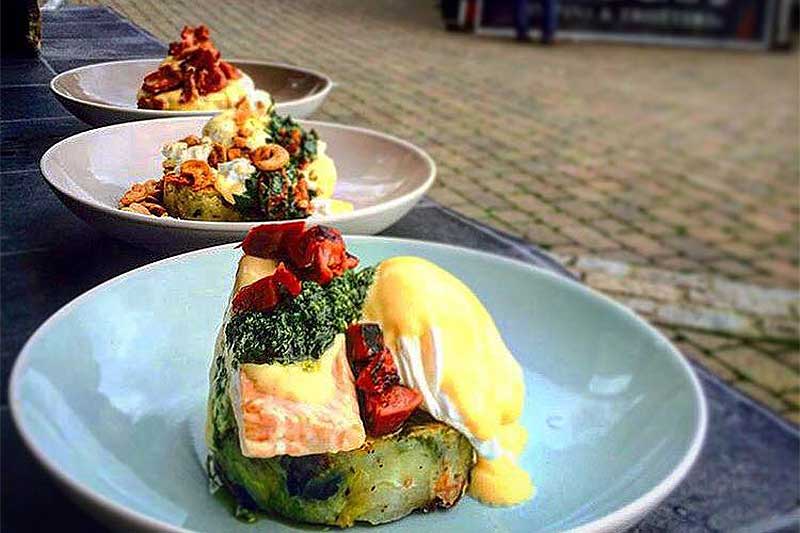 Another London street food trader, Bubble& serve up their take on British classic: bubble and squeak. The husband and wife team Martia Lietz and Rupert Smith can be found at Cardinal Place and Shepherds Market among other spots. 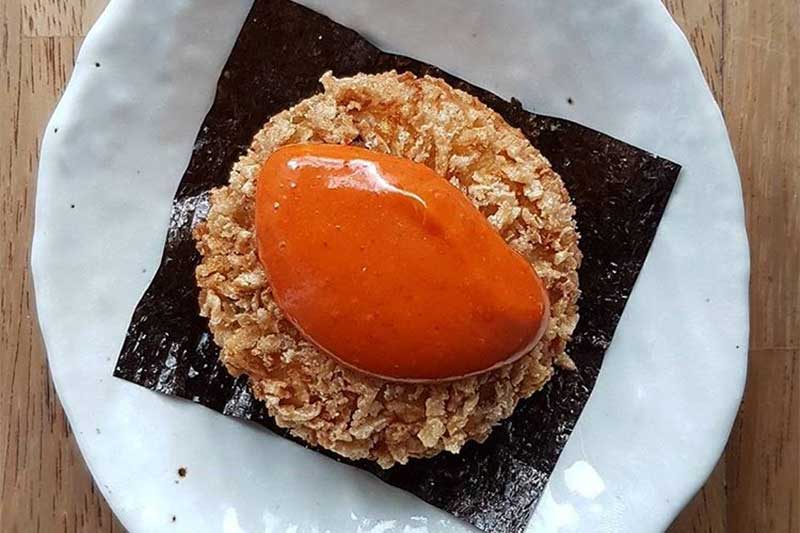 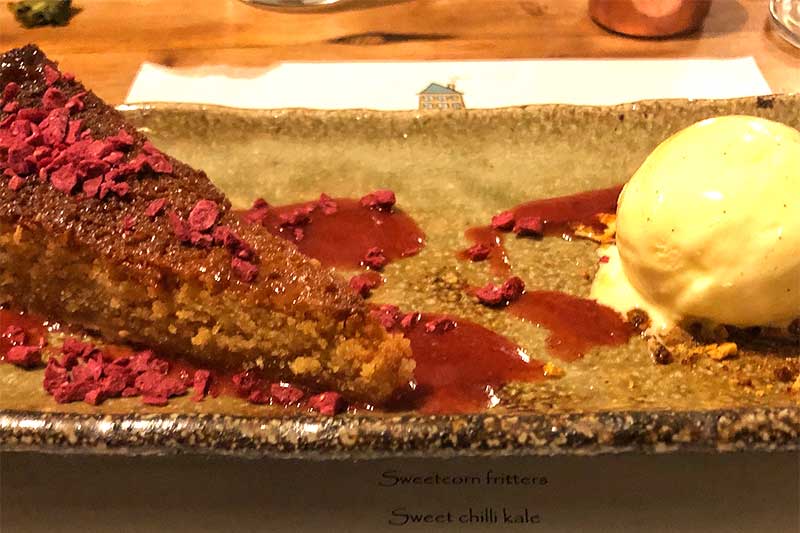 Ronnie Murray - group head chef for Mark Hix who appeared in the Great British Menu, has teamed up with beverages expert James Randall for a restaurant focusing on provenance, quality produce and seasonality. 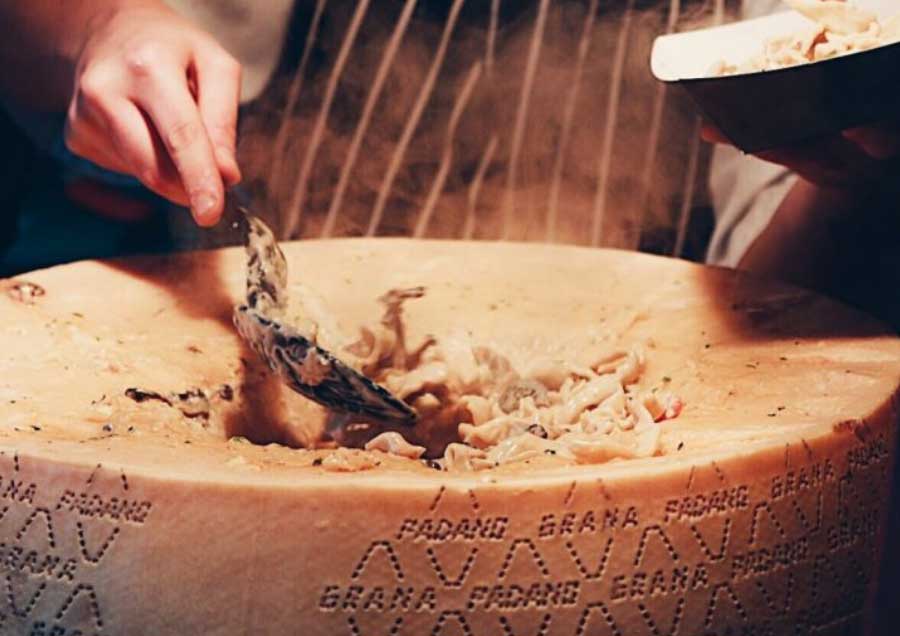 You'll find Graham Bradbury's street food spot at Kerb Camden where he serves up freshly made Italian fettucine that's finished off in a large wheel of Grana Padano. 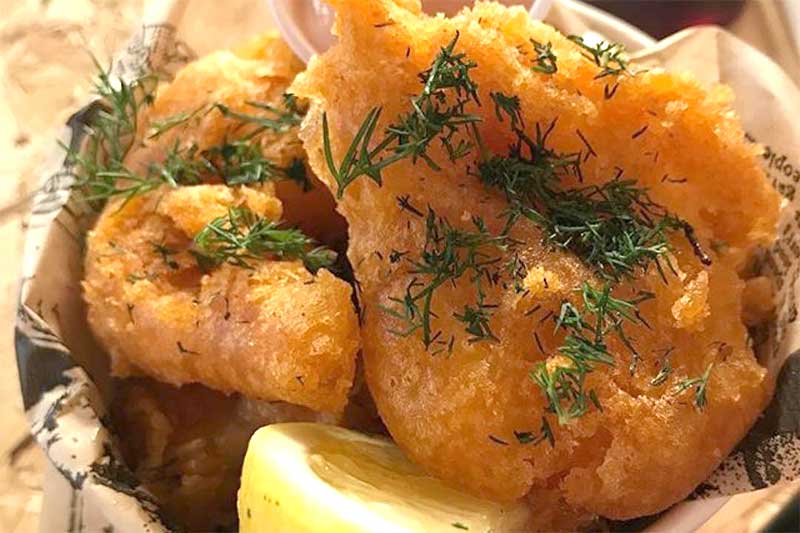 Scottish chef Ewen Hutchinson's restaurant was all about local seafood. 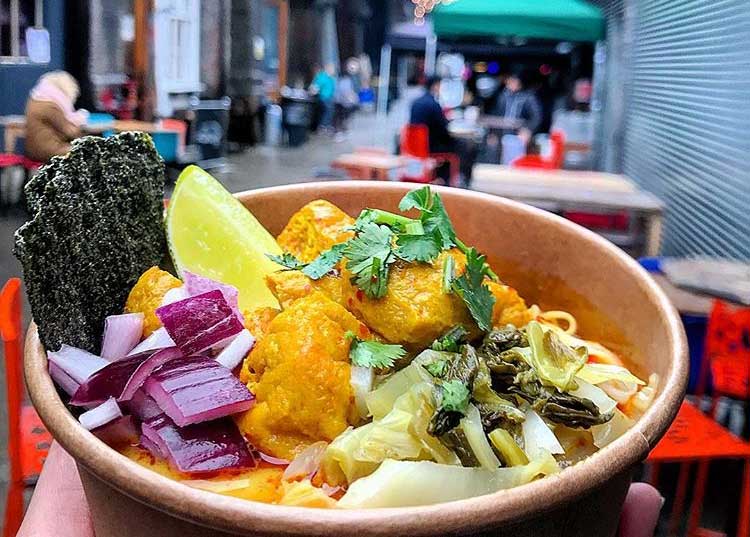 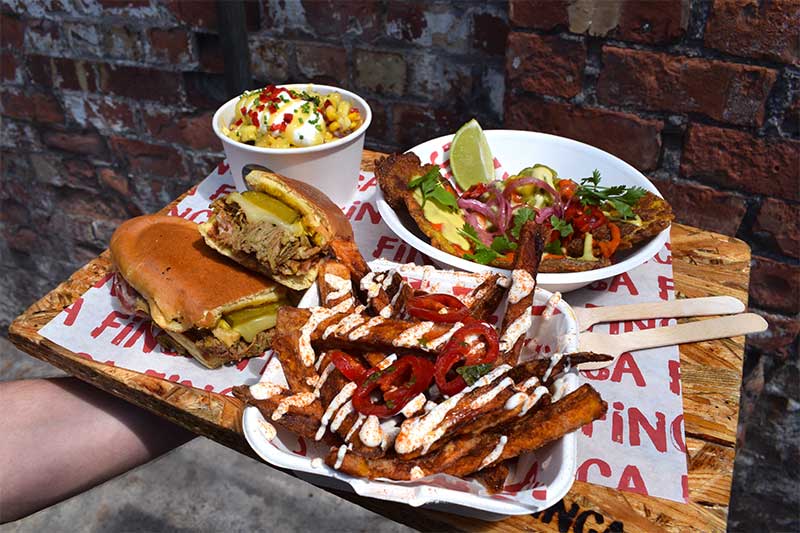 Dishes: “Bunuelos” (doughnuts made from plantain and yuca), Ropa Frita with garlic aioli and The Finca Cubano sandwich. 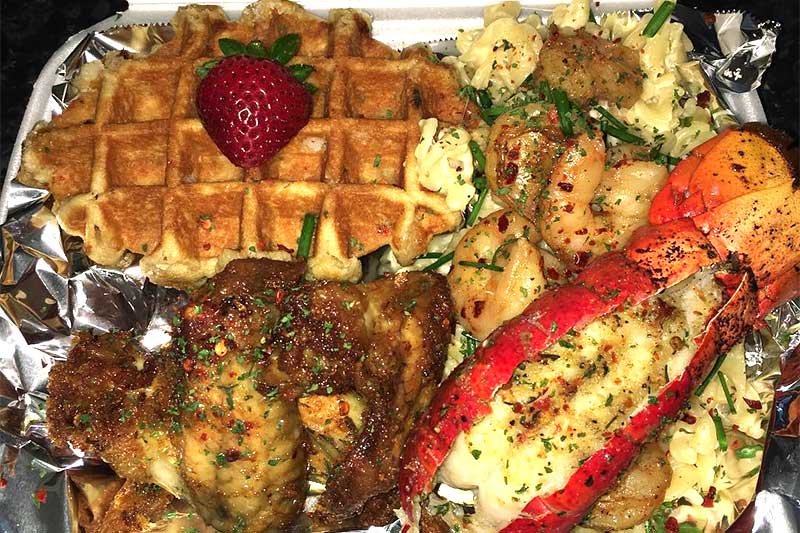 American soul food - this is the brainchild of Prince Cofie Owusu who started the business cooking from his mum's kitchen. 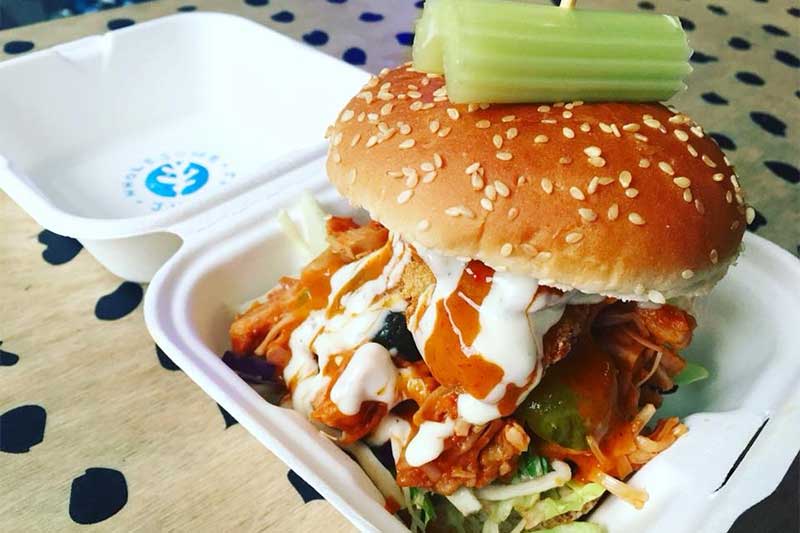 Vegan, street food vendor based in Manchester -created by Chelsea Campbell. All her dishes are a spin on classics

“The UK restaurant scene is booming with creativity and a quality never seen before," says Fred. "To play a part in discovering, nurturing and helping the next generation of restauranteurs is an opportunity like no other.”