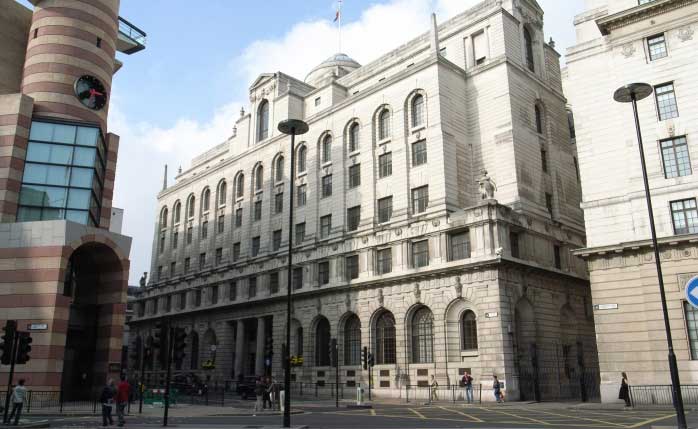 The City of London is the location for one of the biggest openings London has to look forward to in 2017. The Ned hotel, club and restaurants is a joint venture between Soho House and The US hotel Sydell group (who own a string of luxe hotels including New York's Nomad). The building they've taken on is 27 Poultry - an iconic building designed by Sir Edwin 'Ned' Lutyens for whom the venture is named.

The Ned is hard to get your head around. To begin with, it's flipping massive - more than 320,000 square foot. It used to be the HQ for Midland Bank but hasn't been in used in nearly a decade. So you can imagine a lot of work's been going into breathing life into an awesome building. Part hotel, part member's club The Ned will have 252 bedrooms, nine restaurants, rooftop and indoor swimming pools, a gym, spa and hamam. So we thought we'd break down for you what you can expect when it opens.

The member's club is going to be very upstairs/downstairs. In the basement, Ned's Club will occupy the building's old vault which still features the original stainless steel, engraved safety deposit boxes. The vault was the model for Fort Knox. The bar here will serve up classic cocktails and food from Cecconi’s restaurant. 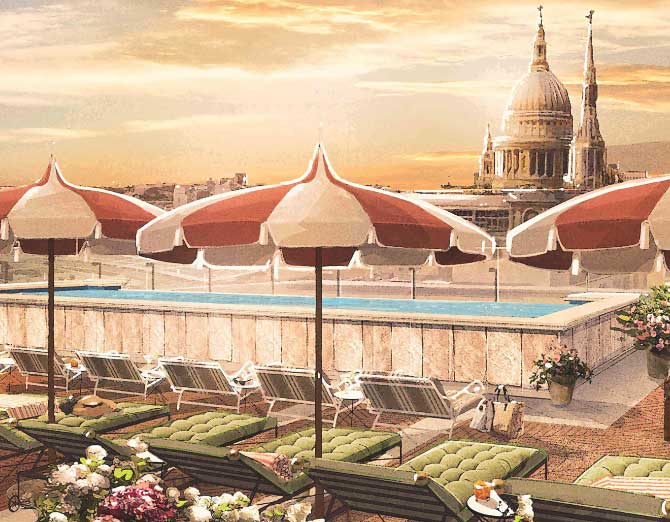 Upstairs on the top floor you'll find the Canopy Bar & Restaurants with a retractable roof, plus two bars - Poultry Dome Bar & Terrace and Princes Street Dome Bar & Terrace. Applications are now open (this is going to be separate to Soho House membership).

It'll have all manner of fitness and spa facilities with a rooftop and basement pool, a gym, Cowshed spa and even a hamam. 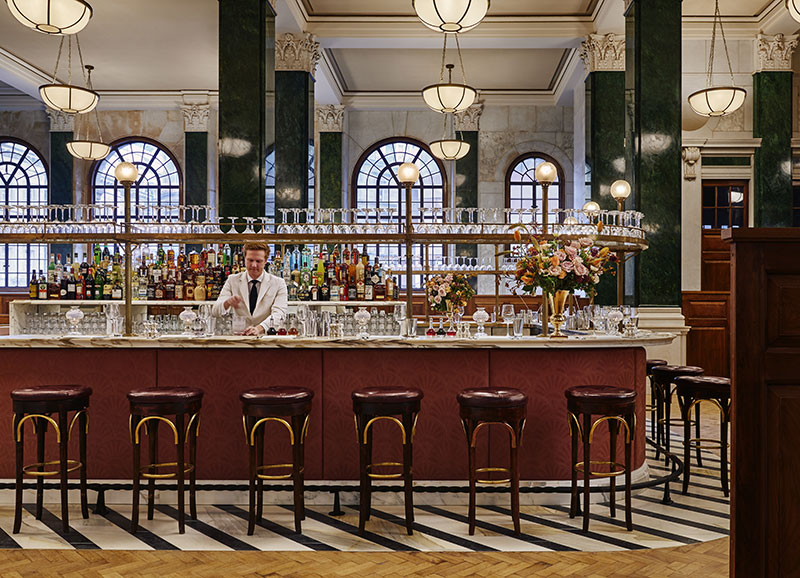 The humungous banking hall will feature eight restaurants open to the public - among them.... 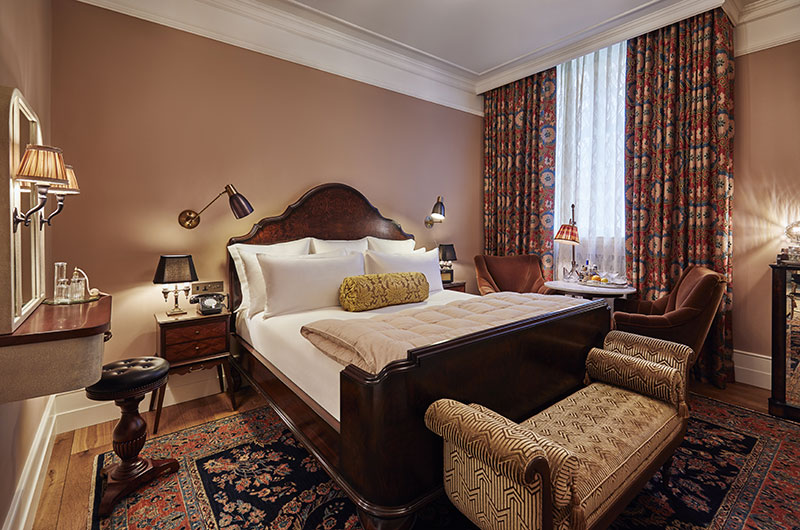 One of the finished bedrooms

The hotel will have 252 bedrooms. Design-wise think 1930s Transatlantic liner meets the Orient Express. We fancy staying in the suite which has its own bar and access to the roof.

This is going to be a place to hold some AMAZING parties. There are some astonishing formal reception rooms including the Tapestry room featuring a 1920s wraparound tapestry and original walnut panelling and a saloon dominated by a chandelier that used to hang in Devonshire House.