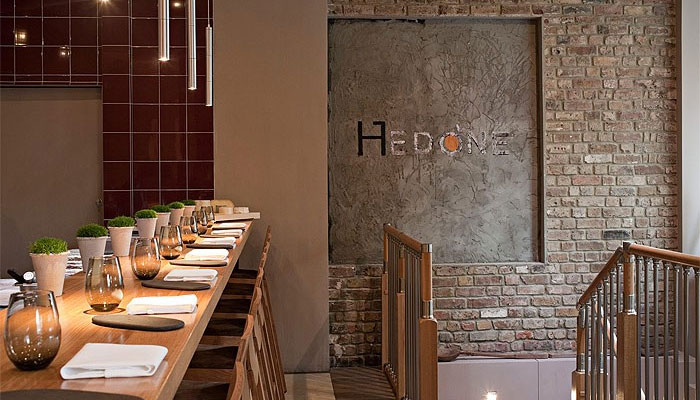 Well it's all change at Hedone which, in a surprise announcement today, revealed that it's to shut and reopen in a radical new form.

The restaurant is going to close for 10 days. During that time it'll get new furniture and the dining room will have a minor makeover, but when it reopens it aims to be quite a different restaurant. To start with there'll be far fewer seats. Right now it seats 40, but when it reopens Hedone will seat just 18 in the main room and up to 4 on stools overlooking the open kitchen.

We're intrigued by the promise that "the food will change dramatically" becoming more elaborate with "increasingly sophisticated techniques". Chef Mikael Jonsson is also doing away with the menu in its current form, offering two different tasting ‘menus’ though neither will be written down. Hedone isn't a cheap place right now to eat, with the current tasting menus costing from £75. With the news that one of these two new menus featuring "more exclusive or rare ingredients" that's sure to increase.

The opening hours are also changing, with the restaurant opening for dinner Tuesday to Saturday but only for lunch on Saturdays.

Jonsson cites wanting to keep returning customers interested with a constantly changing menu and wanting to keep staff turnover to a minimum by being able to offer better hours.

The last service in the current Hedone is expected to be 10 October, with the restaurant reopening for service on 21 October 2015.

Hedone is at 301-303 Chiswick High Road, London W44HH. Opening hours will be dinner Tuesday to Saturday and for lunch on Saturday only. Keep up with their news on Twitter @hedonelondon