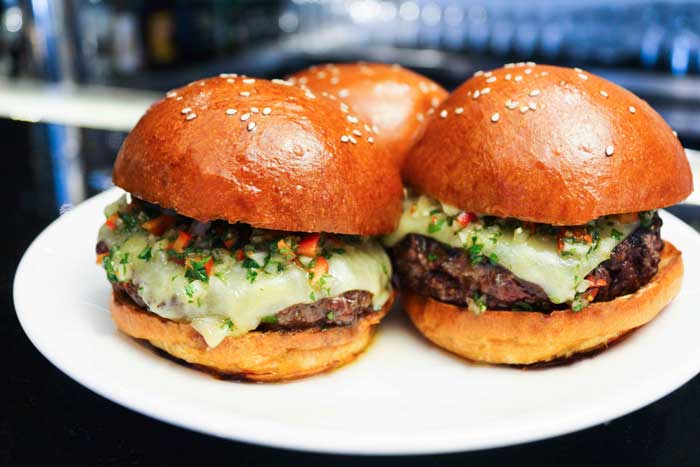 We love a good cause here at Hot Dinners and no cause is closer to our hearts than Action Against Hunger. So we're right behind an initiative from CAU Restaurants which is supporting the charity with all manner of BBQ food and fun. This is the second year the restaurant group's put on its #CAUnival festival and this year they're teaming up with barbecue top dog DJ BBQ.

DJ BBQ kicks off the month long festival with an evening of food, drink and music at CAU St Katherine’s Dock on 3 August, from 6pm-8:30pm. If you can't make it down for that, you'll have to try the #CAUnival burger that DJ BBQ and CAU Executive Chef James Garland have created. It's a South American-inspired 6oz patty made of chuck, flank and brisket, supercharged with bone marrow, topped with a smooth slice of Monteray Jack and topped with homemade chimichurri and wood roasted garlic on a demi brioche bun.

For every #CAUnival burger ordered, £1 will be donated to Action Against Hunger - and that's a big deal when you consider that amount could provide a day’s nutritional supplies/therapeutic food for the treatment of a severely malnourished child.

If burgers aren't your thing look out for Brazilian street food on the special #CAUnival set menu and listen out for the playlist created especially by DJ BBQ, to be made available on vinyl.

#CAUnival runs throughout August at Cau restaurants. Keep up with their news on Twitter @caurestaurants and find out more about Action Against Hunger on www.actionagainsthunger.org.uk