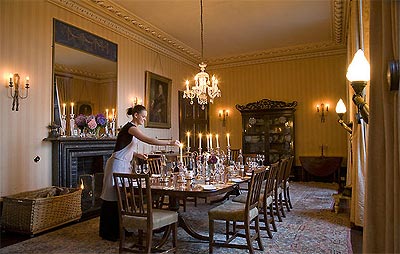 We're always impressed with the events that Action Against Hunger come up with, but their latest one, Auction against Hunger is going to take some beating.

It's the brainchild of Ben Maschler (son of Fay and co-owner of Islington's Drapers Arms) and Soho House's Nick Jones.

"We are organising an auction of prizes from the restaurant world to raise money for Action Against Hunger," Ben told Hot Dinners. "Nick Jones and I will be hosting a party/event on the roof of Shoreditch House on May 7th where we will be auctioning prizes from Britian's top chefs & restaurants.

"Nick and I feel very fortunate to have worked in an industry that essentially revolves around feeding people. Sadly, not everyone in the world is able to enjoy the same luxuries as we do and this is a great opportunity for us to help a charity that are doing incredible work around the world saving the lives of malnourished children."

As for the lots themselves - well, put it this way, you'll have to get your winning bids past us. Confirmed ones so far include:

More details have just emerged about the auction evening itself at Shoreditch House. There'll be both a live and silent auction, champagne reception courtesy of Champagne Taittinger, food courtesy of Dirty Burger and Chicken Shop among others, a raffle and live music. A few tickets will be available to the general public at £75 a pop - to register your interest in buying tickets go to auctionagainsthunger@yahoo.co.uk and follow them on Twitter at @auctionhunger