[SIGPLUS_EXCEPTION_SOURCE] Image source is expected to be a full URL or a path relative to the image base folder specified in the back-end but /blog/2016/hawksmoorclassics/gallery is neither a URL nor a relative path to an existing file or folder.
0
Shares 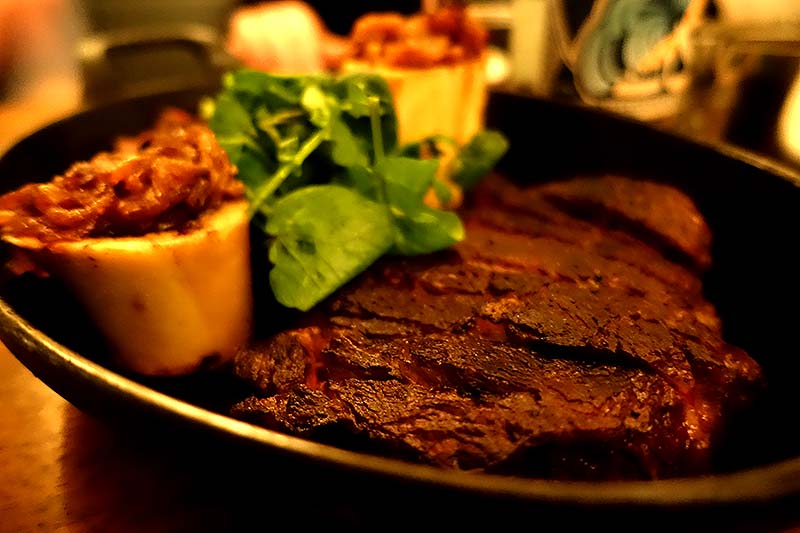 Blimey - has it really been 10 years since Hawksmoor launched? Since then, they've undoubtedly become one of the biggest names in London restaurants (and beyond). And with a launch in New York next year, huge things are ahead of them.

In the meantime they've chosen to take a look back to the past as they prepare to launch the Hawksmoor Classics range. Now running in ALL Hawksmoor restaurants, this roams through some of the very best of Hawksmoor's past - including some of their recent collaborations with Mitch Tonks. The range includes:

We had the (very welcome) opportunity to try out the whole thing at a recent launch - and everything is as great as ever, with some of the dishes having been through many revisions over the years. Alongside some of the meltiest steak we've had in a while, the pork belly ribs and the shortrib nuggets were standouts - but it's a magnificent menu all round. And it's topped off with the launch of their own Hawksmoor "Clerk of the Works" Whisky - named after their namesake.

We should make a special mention of the rest of the paired drinks - any meal which starts out with their Marmalade Cocktail will always go down well, but the wine pairings were excellent (particularly the Muscadet Côtes de Grandlieu ‘Origine’ 2005 with the scallops).

All in all, a highly recommended opportunity to revisit some of the best of Hawksmoor.

Hawksmoor Classics is now on at all Hawksmoor restaurants launches. The menu can be ordered for two or more people and must be ordered by the whole table. It's £70 for food only or £110 including drinks. To book, wmail reservations@thehawksmoor.com. For more, follow them on Twitter @HawksmoorLondon.