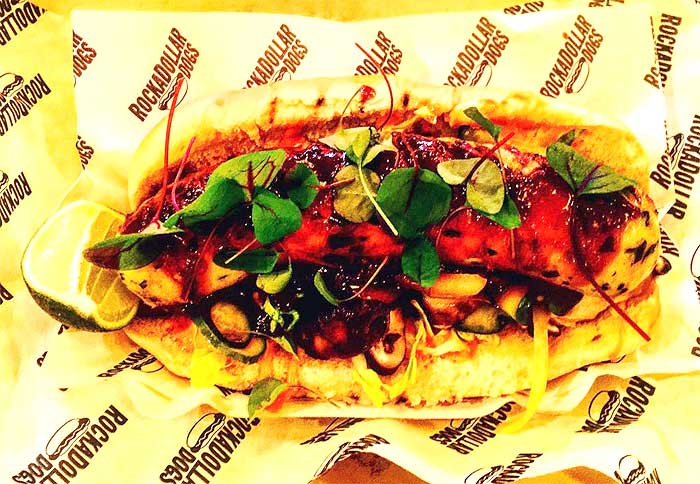 Taking over the newly-vacated space on Newburgh from Pitt Cue Co is posh dog purveyors Rockadollar Dogs. It's the brainchild of chef Richard Sandiford who has the little matter of just over 25 years’ experience of cooking and is also currently head chef of Hawksmoor Knightsbridge. He set up the company with his partner Emma Jerrard who, it turns out, has an equal amount of experience in running entertainment and food events.

"In the last few months we have had great success at Roof East, Meatopia and most recently at the Vaults in Waterloo," says Richard. "After rooftops, open air cinemas, festivals and tunnels, we are desperate to show what we can do in a proper restaurant kitchen. We are excited about bringing something new and special to Carnaby St."

The self-proclaimed pimped up posh dogs will be selling a short menu of dogs - all at £8 and served in a steamed bun:

There'll also be sides of pigs head nuggets with kimchi ketchup, tripled cooked chips with either smoked or malt vinegar, BBQ beans, lime fennel and herb slaw and cider vinegar crispy banana shallots. And it looks as though the odd special will creep on the menu. We've spotted Kimchi ketchup on ribs with pickled cucumber salad and there are cocktails as well.