Sometimes an image says more than words ever can - so we'll just leave this here... 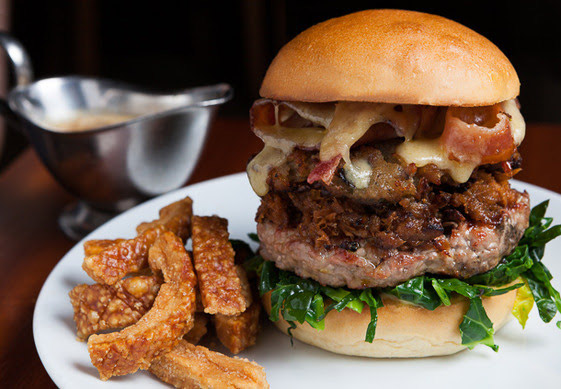 If you need more info... It's the Five Pork Burger. It's described by Hawksmoor as "Tamworth pork patty with sausage meat stuffing and a couple of slices of smoked bacon. On the side there's sausage gravy for French-dipping and a couple of extra-long pork scratchings. To balance it all out we snuck in some Spring Greens which brings a little Sunday Roast into the mix and a dollop of homemade apple ketchup."

It'll be available at Hawksmoor Seven Dials from Monday March 10.