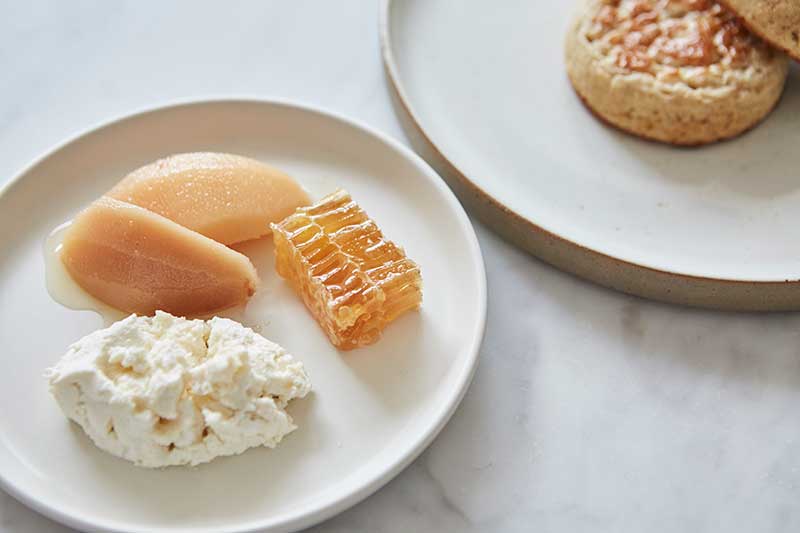 In a nutshell: Neighbourhood spot in West Hampstead

Summing it all up: An ex Ledbury and ToastED chef is in the kitchen for this new West Hampstead opening which has a strong brunch offering and will offer a regularly changing menu

We're so used to hearing about newsworthy openings in places like Stoke Newington, Peckham and Brixton that it's genuinely a red letter day to hear about somewhere interesting opening up in West Hampstead of all places. Run by owners and friends Rose Tuckey and David Houten, it'll be taking over the space occupied previously by La Brioche on West End Lane.

Hām isn't as you might first guess a homage to all things piggy - but rather a nod to the homely vibe they're hoping to create. Ham is actually the old English word for home (or village). Now don't tell us you don't learn anything here at Hot Dinners.

It's who's in the kitchen though that really elevates this neighbourhood spot into one you might want to cross town for. Head Chef Matt Osborne has worked at The Ledbury, Terroirs and was in the opening team for The Other Naughty Piglets. He most recently held the position of Head Chef at the much-loved ToastED in East Dulwich.

Matt will be serving up brunch and dinner at the restaurant kicking off the day with crumpets, honeycomb and Westcomb ricotta with pear or maybe Bircher muesli with almonds, Hurdlebrook yoghurt and rhubarb.

But the main event will be dinner and we're promised dishes like: