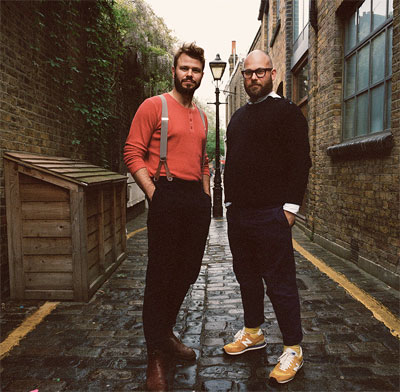 We seem to be seeing a small (and welcome) trend of chefs taking over and overhauling pubs at the moment, from The Culpeper through to just-opened The Richmond. Now another is on the way to Hackney - this time from two St John veterans, Tom Harris and Jon Rotheram.

Harris is best known for his recent run at One Leicester Street, while Jon Rotheram was seen at Jamie Oliver's revamp of Fifteen. They've taken over The Marksman, which is on the entrance to Columbia Road (it's apparently named after a marksman who protected Nelson in the historic Battle of Trafalgar).

The revamped pub is planning to focus on the best of British food and drinks, with a menu inspired by the history of London. There will be cooked hams, salt beef and pickled fish as well as mutton curry and house chutney. For weekends, an all day Saturday brunch menu and Sunday roasts with suckling pig and ‘beer mustard’ in soft English milk buns.

As for drinks, wines will focus on old world, there will be a small cocktail list reviving drinks of the Victorian and Edwardian eras and obviously a big selection of beers and ales.As they say "The Marksman is first and foremost a pub – a proper ‘London boozer’. There will be good food, naturally, but you’re more than welcome to pop in for a pint, as you are to stay for dinner.”

And that dinner can be had in the tasting room downstairs which will have an emphasis on feasting and wine served by the magnum, available for group bookings and private hire. And there's more to come, with an upstairs dining room launching later in the summer too.

The Marksman opens in May at 254 Hackney Road, London E2 7SJ. For more information, follow them on Twitter @marksman_pub