Gymkhana is our readers' favourite new restaurant opening of 2013 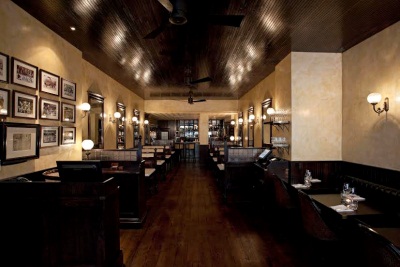 Readers variously described it as "the Indian restaurant in London that most reminds me of the food I have eaten in India" and "a veritable mecca for lovers of good food irrespective of culinary traditions or ethnicity". One even described the kid goat methi keema with a side of tandoori broccoli and their naan basket as their death row meal.

It's probably not the greatest surprise that when we asked for Hot Dinners readers' favourite new opening of 2013 the clear winner was Gymkhana. "Being of Indian origin, it's always hard to find top-quality Indian food in London that really hits the mark," was how reader Shona Ghosh explained her choice, "Gymkhana is a sign that that might be changing."

Of course it wasn't only about love for Karam Sethi's Mayfair restaurant. The top five Hot Dinners readers' favourite new restaurants of 2013 are:

Foxlow from the people who brought us Hawksmoor, was the subject of much love. "The menu is the perfect combination of dirty food and delicious salads," was said and "Such maddeningly good desserts," explained another, "that I have decided that eating half a jar of Nutella at home is not in any way decadent."

Meanwhile, "deliciously colourful seasonal sides with the tastiest roasted chicken," was the reason for one reader picking LeCoq. "It's quickly become my regular comfort choice."

Story was declared as "the most exciting and innovative new restaurant I have been to in London in years" while The Clove Club's food was described as appearing "wonderfully simple but is backed up by a barrage of technique and detail."

2013 - our roundup of the year on the London restaurant scene.

There's loads more to celebrate about 2013. Find out which restaurants got the best (and worst) reviews and find out which were our personal favourites.Read the 2013 round-up here.