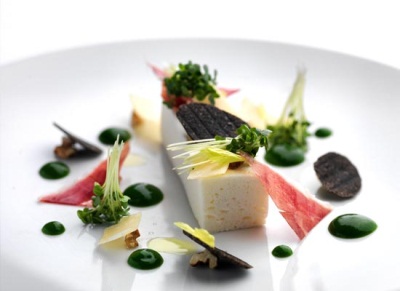 It's not just Hollywood where the awards season has kicked off this week - here in the UK, the AA Guide has just announced its new rosettes. Just one restaurant in the UK rose to four (out of five) rosettes - The Greenhouse in Mayfair.

The news marks a leap of one rosette for the Greenhouse and a notable success for Bignon who joined the restaurant in 2012. Now his restaurant joins the ranks of Restaurant Gordon Ramsay, The Square and Pollen Street Social. "He cooks from the heart," says the guide of Bignon, "starting with the best ingredients money can buy and combining techniques old and new to produce dishes with clean, precise flavours that look beautiful on the plate."

And it's good news for three other restaurants whose rosettes were suspended when new chefs were appointed and, following checks, have had them reinstated: