[SIGPLUS_EXCEPTION_SOURCE] Image source is expected to be a full URL or a path relative to the image base folder specified in the back-end but /blog/2013/plumsplit/gallery is neither a URL nor a relative path to an existing file or folder.
0
Shares 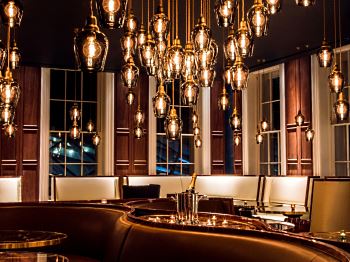 Update 23/4 - We have just learned that Mark Sargeant is to take over the reins of all the food offering in the Great Nothern in a consulting role. So he'll be looking after Plum + Spilt Milk, GNH Bar and KIOSK (the take away stand facing the station). We'll have more on when to expect his food in the hotel soon (the tentative date we've heard is the end of the month). He's in the process of putting his menu and team together now.

The unveiling of the new concourse at Kings Cross has already brought us the rather wonderful station Fullers Pub - The Parcel Yard. And today's announcement that the Great Northern Hotel is about to relaunch, should put the station as firmly on the food map as its neighbour St Pancras.

The Grade II building, which was opened in 1854, closed down 12 years ago. A massive £40m has been lavished on its renovation - with David Archer and Julie Ann Humphryes, co-founders of Archer Humphryes Architects (Hakkasan, Sans Souci Hotel Vienna) brought in to create the concept and interior design of the hotel.

So to the food. The hotel will feature a 90-cover restaurant, Plum + Spilt Milk which has views over the King’s Cross piazza, and St Pancras International. It sounds rather beautiful. The dining room features 17, three-metre floor to ceiling sash windows and 120 hand blown pendant lights. The all day dining menu starts with breakfast and brunch through to dinner with dishes including twice baked smoked haddock soufflé; char-grilled Scottish cuts of beef and slow cooked Jacobs Ladder with parsnip mash. Rather handily diners will have access to very fast Wi-Fi and plug and USB sockets by every table.

The chef, Ray Patterson, used to be behind Patterson's in Mayfair whose food pleased Jay Rayner back in 2004 when he wrote: "here is a chef with a serious grasp of French classical cookery, with the imagination to give it those contemporary touches." He's launching the restaurant, with an aim to leave in early May, handing over to Mark Sargeant (see update above).

There's also a new bar (hurray!) - the GNH Bar will take over almost the entire ground floor of the hotel with an entrance directly into the new western concourse. The 100 cover space will feature a central polished pewter island bar, mirrored glass ceilings inspired by French railway restaurants and a small private mezzanine lounge overlooking the bar. GNH will be open from 7am until late at night when they'll bring in guest DJ’s.