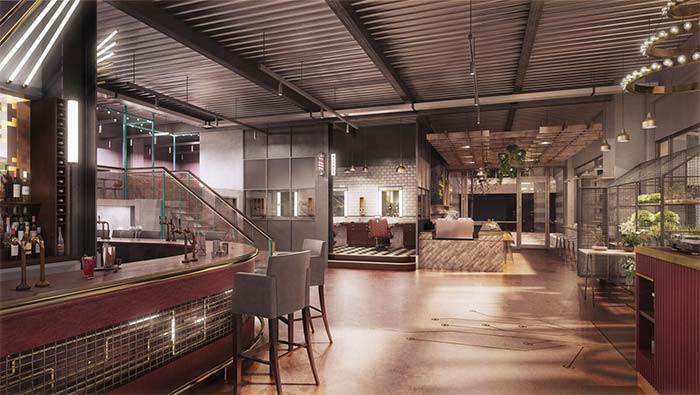 The next Grand Union will actually be called Trade Union, and is coming to Wapping, is broadening what it does a little, specifically in the coffee and barbershop direction. It's a huge space (over 6000 square feet) which means they have plenty of room for everything. And they'll be pushing it all as a hub for daily working with plenty of charging spots throughout too.

First up is the coffee, for which they're teaming up with Vagabond. Alongside all-day coffee, they'll have Vagabond whole bean and ground coffee available to buy and some home brewing equipment too.

Then there's the barber. So if you want a haircut or your beard trimmed, you'll be able to sit back with an Old Fashioned from the bar too. Maybe not the same time they're cutting though...

And then - of course - the bar and restaurant. Expect a seasonal cocktail menu  and a pizza focused menu with "just-out-of-the-oven sourdough pizzas and fresh, New York inspired dishes."