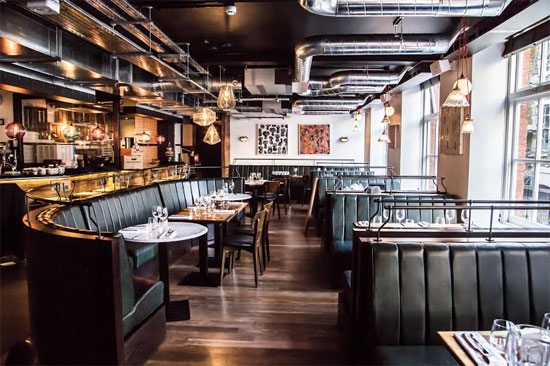 One of Gordon Ramsay's biggest hits recently has been the very well received Bread Street Kitchen. As a result, it's something he's expanding both overseas - in Hong Kong - and in London.

Or in their own words it'll be an "all-day dining and bar concept appealing to workers, tourists, shoppers and locals and ideal for breakfast meetings, family friendly lunches or group dinners". We like the sound of the wine-tasting counter where they'll be serving a wide range of wines by the glass and holding tastings and food pairings. There's also going to be an ice-cream bar, serving boozy ice-cream cocktails and old school favourites as well as a raw bar, pizza oven and private room.