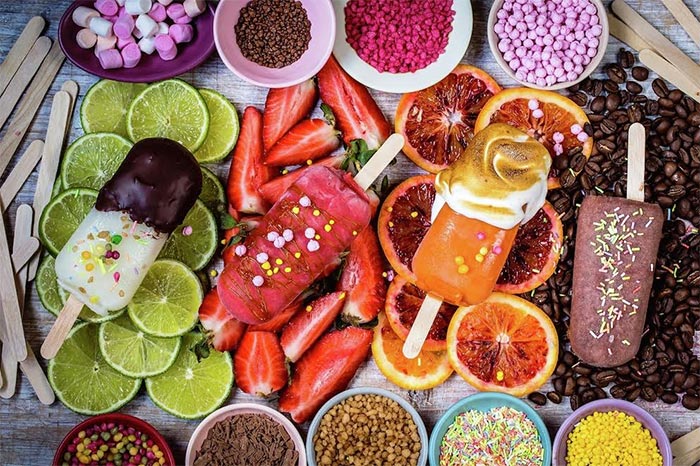 We do like the sound of this alfresco terrace revamp coming to Gordon Ramsay's Heddon Street Kitchen, this Summer. From the end of June, they'll convert the terrace to a Summer Promenade outside Heddon St Kitchen, all with a seaside look.

They'll have seasonal dishes on offer - but it's the dessert that grabbed us. You'll be able to create your own ice cream lollies with flavours  including raspberry, lychee and rose, wild strawberry, fig, Kalamansi Lime and coconut. And also the Heddon St salt and vinegar ice cream - which we have to admit to being VERY intrigued about.

Toppings sound great too, including doughnut crumbs and charred pineapple as do the sauces that include toasted marshmallow - or more boozy sauces like Finlandia vodka caramel, coconut rum, and Kirsch coulis. And on top of that - all the ice cream is gluten and dairy free.