Goodman to launch Burger and Lobster in Mayfair 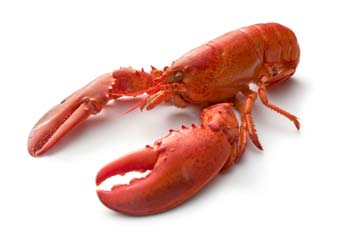 They've proven themselves as masters of steak, now the folks behind Goodman are branching out. Their next restaurant will be called Burger and Lobster and they've taken it upon themselves the noble aimi of offering the best value lobster in London.

Speaking to Goodman's General Manager David Strauss this week, Hot Dinners learned that the idea first came about because Russian owner Mikhail Zelman wanted to expand into burgers while his London partners felt there was massive potential in London with lobsters. Joining the two together, they're aiming to focus just on these two items and do it as well and as cheaply as they can.

Recognising that the steak prices in Goodman mean its appeal is limited to the more moneyed Londoners, they wanted Burger and Lobster to appeal to a different crowd. So there's going to be a big effort made on keeping the prices down aross the board.

"When you go to Boston, Lobsters are for everyone, not just a five star treat but a fun night out, and we want to bring that to London," says David. To achieve that, they've just placed an order for a tank that will hold a tonne of lobster - allowing them to order more - "It'll be the cheapest lobster that London has ever seen".

A similar effort price-wise is being made with the drinks. Taking a leaf from Hawksmoor which is as well known for its cocktails as its steaks, Burger and Lobster will be bringing in Soul Shakers to help with the drinks side of things. Soul Shakers have also helped out Quo Vadis, Meatwagon and loads more. There'll also be a pared down wine list at Burger and Lobster which will feature 5 whites, 5 reds and 5 champagnes. They're hoping to be able to offer a glass of named champagne for £8-£9.

All being well, restaurant will hopefully launch the first week of December on the site of The Field pub on Clarges Street, London W1. If you want to keep track of the opening date, look at our Coming Soon section.