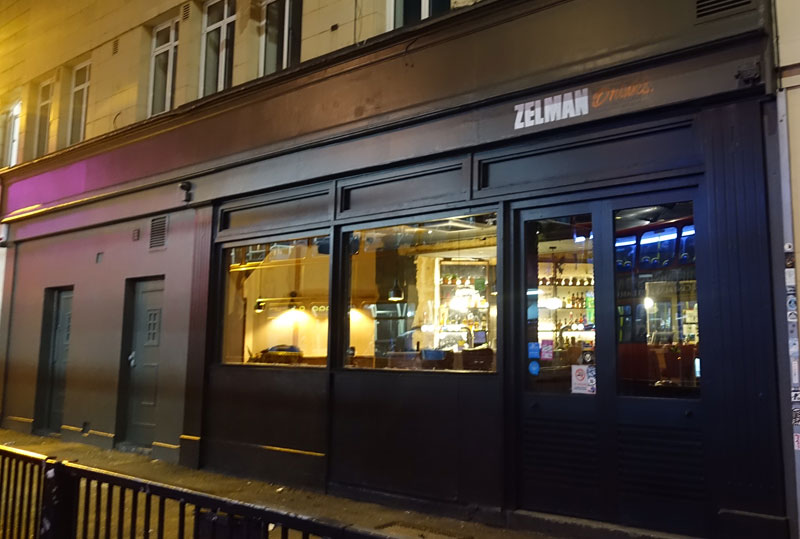 There's been a fair bit of end-is-nigh-ing in Finsbury Park when it became known that local live music venue The Silver Bullet was closing. But we're MUCH more interested in what's coming in its place. It's been bought by the people behind Goodman and will open as Zelman Drinks.

Hot Dinners caught up with Goodman operations director Dave Strauss who told us that they want to open a late night bar. They're aiming it squarely at folk in the restaurant industry, but the fact that thousands of football fans pour through the station regularly probably helped factor in their decision to buy the lease.

"It's for all the restaurant folk who, like myself, finish work at 11.30 or 12pm and are looking for somewhere to go after work," said Dave. "This is a great spot because it's right by a well-lit station which is one of the late night tube stations. I won't have to worry about my staff getting home after - it's really safe."

There's no kitchen yet, but for launch you'll be able to order-in pizza from nearby Yard Sale, with plans for something on-site coming later. "It's not going to be a cocktail bar and there won't be a cover charge," says Dave of the venue that has a 4am licence. "But you'll be able to get everything from a decent pint of lager to an Old Fashioned." And live music will still be a part of the equation with plenty of late night DJ spots planned too.