Gizzi Erskine teams up with Tonkotsu for Korean ramen 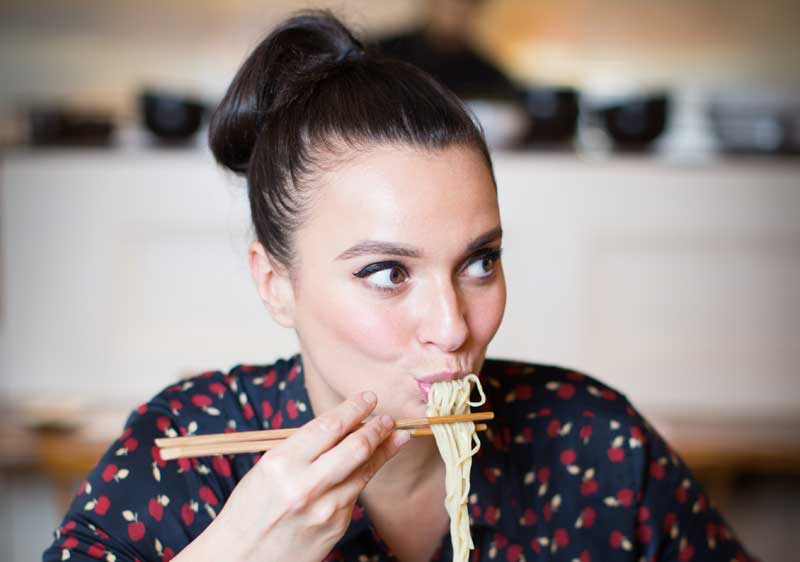 Hot on the heels from their collaboration with Jose Pizarro, ramen masters Tonkotsu are now joining forces with Gizzi Erskine for their latest collaboration.

This time around, Tonkotsu shining a spotlight on Korean flavours, with chef Gizzi helping create a Korean-style ramen to the table, plus her Korean fried chicken wings.

The noodle soup will be packed with all the earthy bean and chilli pastes that make Korean food so darn delicious, including doenjang miso and fiery red gochujang paste, which will be swirled into Tonkotsu's pork belly broth. It'll also be loaded up with kimchee, black garlic oil and a whole egg for good measure.

For the wings, ramen and a beer (the entire order of which has been dubbed 'the Twisted Tonkotsu') it's an extremely reasonable £22.50.

The collaboration with Gizzi Erskine it the second in Tonkotsu's series, following on from Jose's Iberico Pork ramen and runs from 17 March 2017. Next up, you can expect to see new dishes from the likes of Rum Kitchen and Cabrito Goat. Keep up with news from Tonkotsu on Twitter @tonkotsulondon