Gizzi Erskine is opening a restaurant in Mare Street Market 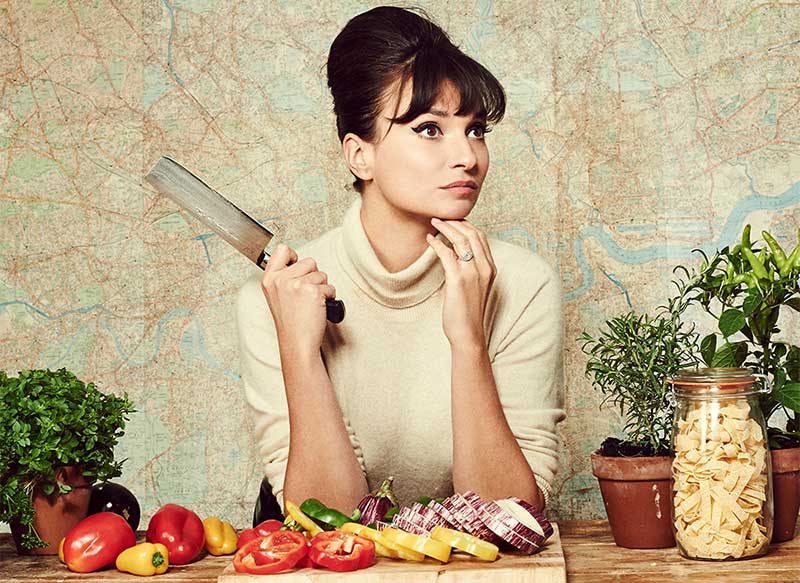 In a nutshell: Famed chef Gizzi settles down in Hackney.

Summing it all up: After pop-ups, residencies, collaborations and much more, popular chef Gizzi Erskine is finally settling down with her own restaurant in the new Mare Street Market.

Given that there's nothing she can't turn her hand to, we're expecting great things from Gizzi Erskine's first restaurant. News broke on Friday that the chef, author and pop-up restaurateur was going to be behind the restaurant in the new Mare Street Market. That's the space that was previously expected to be a new Nuno Mendes restaurant.

"[It] will host my first restaurant, (woodfired and rotisserie menu) a florist, record shop, coffee roasterie, podcast station, smoker and sexy bar, but also a place where you can shop Hackney and other local produce," announced Gizzi on her Instagram feed, asking local producers to contact her about having their food featured.

Hot Dinners caught up with Gizzi over the weekend, to chat to her about what we can expect from her new spot when it opens this spring. Our first question was why, after all this time, had she finally decided to open her own permanent place?

"I'd been working for three years, maybe longer, on my own place but the deal fell through. I was cracking on with Pure Filth for the past 18 months (her vegetarian fast food concept) when through a twist of events this happened. I got a call in summer from an old friend who wanted to pair me up with someone. And Marc (Marc Francis-Baum the co-founder and owner of BarWorks who's a partner on Mare Street), lives in the next road to me."

"His discussions with Nuno hadn't worked out and I think they thought I'd actually be perfect, because of my ties to Hackney. Mark came up with his idea, I came up with mine and it was a genuine meeting of minds."

Seems that the past 12 months have proved particularly key to Gizzi feeling like she was up for the challenge. "Last year was a coming of age year for me," she explained. "I'm quite skittish, but I have great ideas and I'm capable. I thought, well I'm as good as any of a lot of people currently opening restaurants, probably better. So for me it was an issue of having the confidence in myself. This feels like the right time with the right person and the right site." 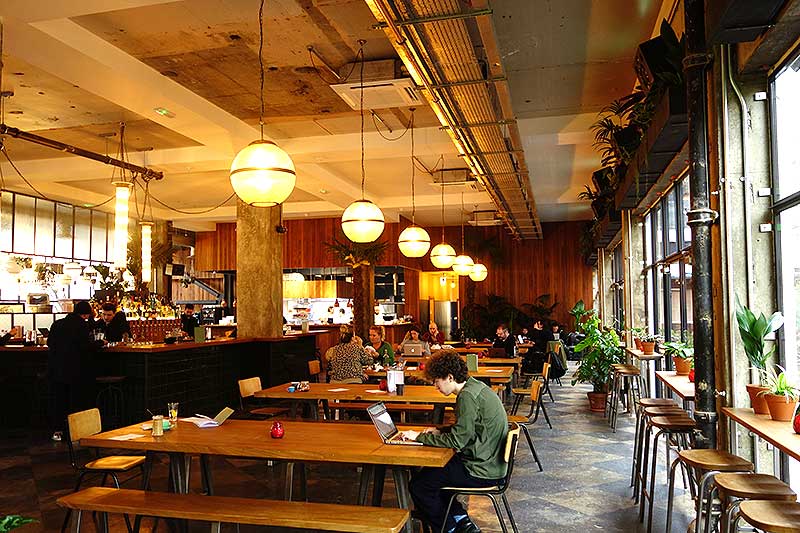 The space itself, will take over the ground floor of a former Hackney council building, Keltan House. "We have so many great ingredients in Hackney," she enthuses, "I don't think people realise how much food is being produced in our area. There's Hackney Honey, Newton and Pott, the best smoked salmon from the Secret Smokehouse then there's great bakeries like Yeast and people like Lilli Vanilla and The Meringue Girls. So there's all this amazing food, but the only time you could ever get the chance to shop it all was on a market on a Saturday."

Mare Street Market aims to change all that. "The market will be a mixture of food and music," says Gizzie,"So there'll be a record shop and a podcast station as well as an events space. There'll also be a really cool ice-cream space for Hackney Gelato - which really harks back to the Italians coming over to places like Margate in the 1950s and setting up shop."

"Think fun and playful but also slightly grown up for the people who've grown up in Hackney. So it'll be very cool but not super trendy - chilled and relaxed."

Gizzi's restaurant will feature room for 70 diners and focus on cooking over a wood fire. There'll be a huge rotisserie and woodfired ovens, with inspiration for the menus coming partly from the Californian farm to plate movement. The emphasis will be firmly on vegetables, although meat will also feature. "So you can pop in for a plate of charcuterie or a tartine in the morning and it'll really ramp up in the evening with good quality wines."

As for Gizzi's day-to-day involvement - "I'll be cooking as much as I can, particularly in the first three months but I have a lot of commitments. We do have a Head Chef but I can't talk about them yet as contracts are still being signed."

Dishes she's particularly excited about include a rotisserie chicken with chicken shmaltz Bearnaise and watercress salad. There's also a roasted buffalo cauliflower with gorgonzola sauce and pickled celery or a whole salt baked celeriac with romanesco. There'll also be a raw bar serving up shellfish with roasted prawn shell Marie Rose sauce and steak tartare with egg and bone marrow and Marmite soldiers. And, for brunch, there'll be all manner of egg dishes, gourmet burgers and a bottomless Bloody Mary counter.

A first look at the menu for the Open Kitchen, which will be the first section to open features dishes like:

When does it open? Summer 2018 for the main restaurant (the rest is open)