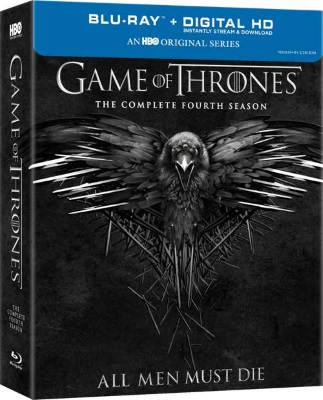 We're massive Game of Thrones fans here at Hot Dinners, so forgive us if we go into geek overload at the prospect of All Men Must Dine – a pop-up restaurant which kicks off in London. It's being done to promote the release of the show's fourth season on Blu-ray™ and DVD.

TV company HBO has teamed up with The Wandering Chef (the folk behind The Little Yellow Door) to create what they're describing as "a one-of-a-kind epic banquet". It'll run for three days at the Andaz Liverpool Street. Fans, who have to enter to win a place at the table, are being told to imagine a "private, clandestine meeting of the Small Council in King’s Landing...guests will sample the finest delicacies Westeros has to offer over multiple courses, accompanied by a carefully selected drinks menu of cocktails fit for a King."

All Men Must Dine runs from 13-15 February 2015. To enter the draw for tickets go to www.hbouk.com/competitions/all-men-must-dine - you must be over 18. The competition closes at midnight tonight, so hurry!