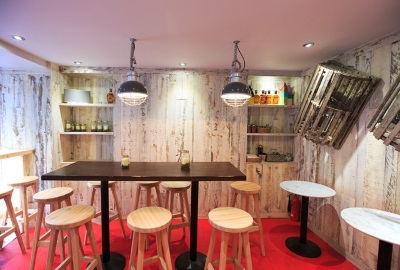 It's all about lobster in Fitzrovia this week with two crustacean-focused restaurants opening in that area within weeks of each other. We've already written about Lobster Kitchen on Great Russell Street, now we're hearing that Fraq’s Lobster Shack will be opening on Goodge Street.

Fraq's is a small (30-seater) eat in and takeout restaurant with a brief menu featuring East Coast American specials and focusing on lobster and seafood.

On the drinks list there are three white wines, bottled beers and an East Coast Old Fashioned, fused with maple syrup and bacon.

It's the brainchild of brothers Andrea and Alberto Fraquelli whose family run Metropolitan Restaurants - Getti, Assaggetti and Zia Theresa.

Fraq's is now open at 55 Goodge Street, London W1W 1TQ. Keep up with their news on Twitter @fraqslobster or Facebook. Opening hours are open Monday to Saturday 12 - 11pm, walk-ins only.