Foxlow from Hawksmoor is coming to Soho 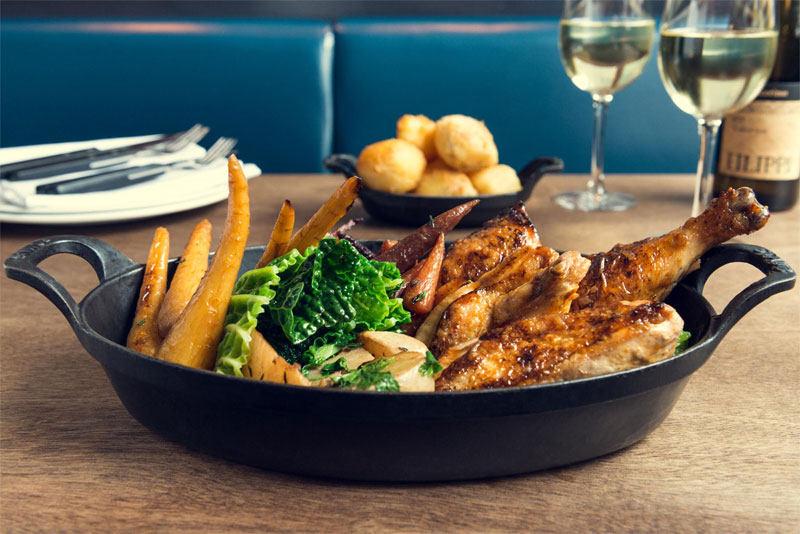 In a nutshell: Hawksmoor Spinoff comes to Soho

Summing it all up: The people behind Hawksmoor are finally descending on Soho with their spinoff, Foxlow. Expect steak, ribs, chicken and more...

Having only just launched Hawksmoor in Borough, their team are at it again - getting ready to unveil their latest Foxlow in Soho, just off Golden Square.

It's a two-floor affair, with lots of counter seating upstairs around a U-shaped bar and apparently "an illuminated canopy inspired by the cinemas of the 1960s and 70s." Downstairs can fit 40 more - and the open kitchen is down there too.

While the menu remains very much a meaty affair, there's a smattering of vegan options too:

And on top of that, there's a daily brunch including their "Fried chicken, egg & croissant waffle" and a Sunday roast of either beef with all the trimmings or the new Chicken pot roast with cider braised turnips, parsnips & heritage carrots (that's it above).