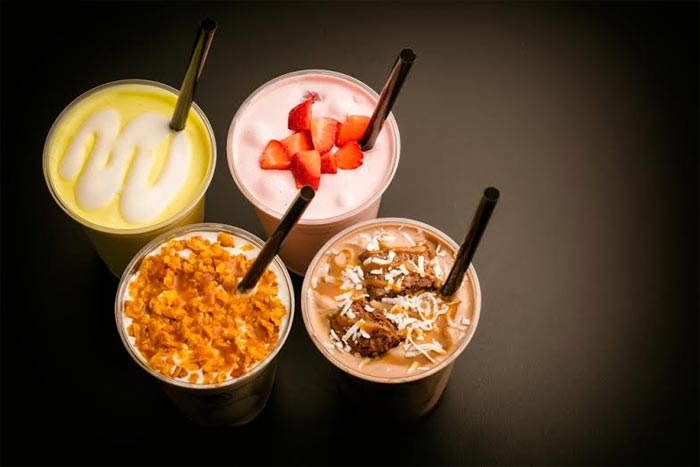 We already liked the idea of the Nitrogen fuelled ice-cream parlour Four Winters, which creates ice cream in an instant. But now they've gone one step further and have introduced nitrogen milkshakes. So they'll create the ice cream from scratch and then let you customise it to your heart's content. But if you want to let them choose - there are a few ideas to choose from:

(Have to admit - that Afternoon Tea one sounds GREAT.)

The shakes are on sale now at Four Winters starting at £4.95. They're at 103 Gloucester Rd, London SW7 4SZ. For more, follow them on Twitter @FourWintersUK.