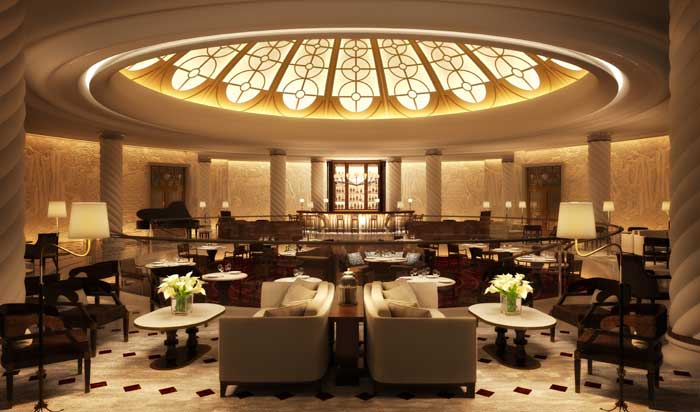 Next year, luxury accommodation giant Four Seasons will open another fantastically slick London hotel, and the star of the show will almost certainly be its new French restaurant, La Dame de Pic.

Operating out of a stunning Grade-II listed building near Tower Hill Street, the restaurant will be the first British foray of the triple-Michelin-starred Anne-Sophie Pic. One of the very few female chefs in existence who’ve been awarded three Michelin stars, Anne-Sophie has opened much-lauded restaurants all over France, including Lausanne and Paris.

Aside from seasonal cooking and local ingredients, Anne-Sophie is known for her unlikely flavour combos, and La Dame de Pic's menu is likely to be similar to its Parisian counterpart, which has flavour mash-ups like white cheese ice cream with rocket and cardamom for starters, or beef with smoked coffee for mains.

Everything is bound to feel very French indeed, not least of all the interior which has been built to evoke the feel of classy Parisian brasseries, (and was even designed by Parisian architect firm.) There’ll be all kinds of wood carvings, leather banquettes and mirrored columns. With a private wine cellar to round it all off, you’ll be in for a very special evening indeed. It’s unlikely to be wallet friendly, but then again, what about the Four Seasons ever is?