Forzawin joins the fun at Vault festival with Marco's Meatballs 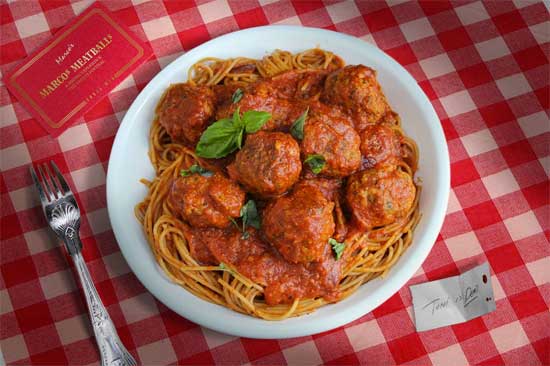 Popup Italian supperclub Forzawin is all over 2015, breaking into the year with a theatrical new spin. As part of the Vault arts festival they've come up with Marco's - an evening where supperclub meets theatre.

Each night guests will be transported to an imaginary 1980’s traditional South London family Italian for Marco’s legendary spaghetti meatballs, a glass or two of the good stuff and a few surprises.

What little we know of the back story is that Toni’s nephew Marco has ‘inherited’ Toni's and has renamed the place ‘Marco’s’. Back in the old country (Peckham via Sicily) Marco built a name for himself as a 'bouncer'. He earned the name ‘Balls’ or ‘Palle’ on account of his favourite means of dispatch, but also for his uncanny ability to make the best meatballs in town. Guests will become part of a story that unfolds throughout their meal.