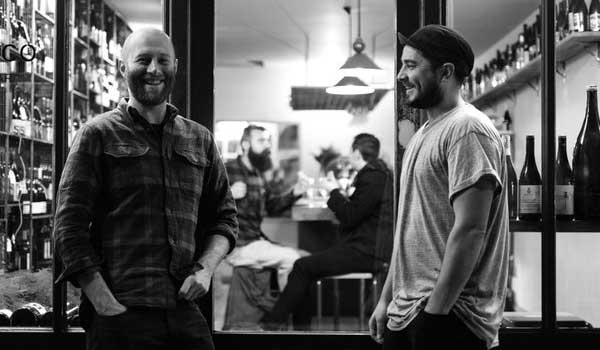 When the much-vaunted Tasmanian restaurant Garagistes announced it was closing in Spring this year, folk down under wondered where the respective members of the talented crew would end up. Co owner Katrina Birchmeier moved to NYC to open The Four Horsemen in Brookyn and now Head Chef William Gleave has tipped up in London.

Gleave (pictured above right) has just been announced as the new head chef at P Franco in Clapton. A quick look at a draf menu includes dishes like brown crab chawan-mushi with mackerel broth (£8), pumpkin with whey butter, sage and pecorino (£8) and xo squid noodles with sausage meat (£9).

You can try William's food at P Franco between Thursdays and Sundays at 107 Lower Clapton Road, London E5 0NP. Keep up with their news on Twitter @p_francoe5