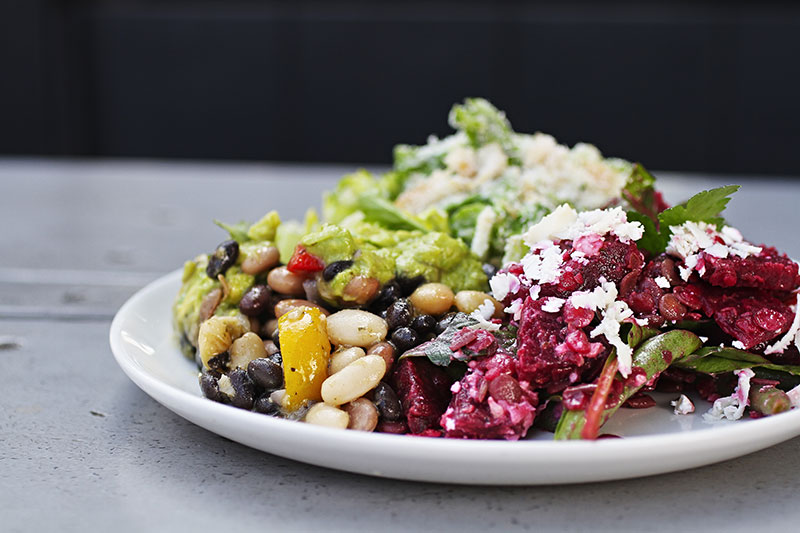 In a nutshell: Healthy, international food, just off Leicester Square

Summing it all up: There are salads, pastas, mains and smoothies at Food Store's new central London venue, where offerings are big on international flavours, from Brazil to Morocco - and it should provide a viable alternative to the takeaway options dotting the area.

Next time you want a quick bite to eat in Leicester Square, but can't abide more deep fried chips or meal deals, you'll now be able to head to Food Store. The new deli (opened late February) promises fresh healthy food to takeaway, or eat in, that draws on a range of pleasingly diverse international flavours. From the mains, which will be on rotation, this means you can expect dishes like their Green Chickpea Salad with paprika and lemon yoghurt, the Brazilian Feijoada chorizo stew, or Caribbean Salmon Fillet.

You'll also be able to get their Breakfast Brioche Bun, where you can pick from fillings ranging from smoked salmon and avocado to the a hangover-busting crispy bacon and goat's cheese. There'll also be lots of soups, pizzas, pastas and salads.

Inside, Food Store will have its own juice bar, so you can get your smoothie fix at the same time, featuring lots of popular additional ingredients like chia seeds to protein powder. Or if you'll feeling like you need more of a kick, opt for the Union Coffee.

It's not the first Food Store - that will be the Queen's Park original, Salusbury Food Store. One of the best pulling points of this follow up will be its location on Irving Street, which lies between Trafalgar and Leicester Square, giving it a tremendously heavy footfall and putting it be in a prime location to offer fresh alternatives to the myriad identical chains dotting the area.

Where is it? 9 Irving Street, London WC2H 7AH