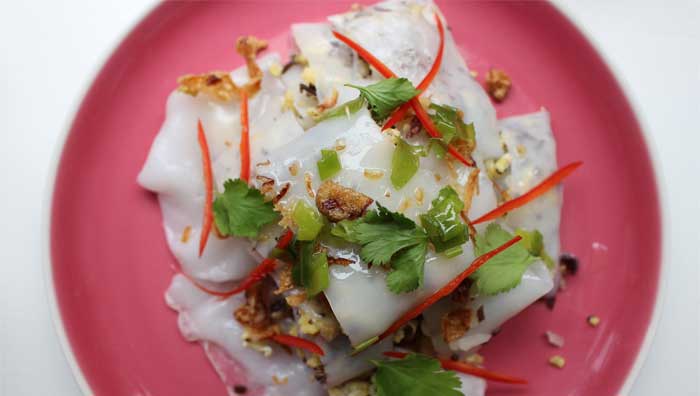 First there were banh-mi. Then there were bao. Now there are folds - the latest south east Asian street food trend to hit the streets of London. A new Vietnamese restaurant - aptly titled FOLD - opens in Brick Lane later this month, based all around food you can fold. Traditionally known as the summer roll, the gluten free rice paper can be folded round a variety of fillings before being steamed, grilled or fried.

Fresh folds include roast beef with sesame and purple shiso, and tiger prawns with lemongrass and hot mint. Or you can fold your own, rather like Chinese duck pancakes, with fillings like Basa fish, a species of catfish, marinated with galangal, turmeric, dill and spring onion.

The menu will also feature various small plates, salads and bowls of Pho: we like the sound of the aubergine caviar with young mango and lemon grass, served with black sesame rice crackers.

There's a decent list of cocktails too, all based on infusions made with tropical herbs, spices and wild honey sourced, say the team, from the jungles of Laos and Vietnam. There's even Vietnamese dark roast drip coffee: they've got all the bases covered.

This is the first brick and mortar site for FOLD, which has been operating as a catering business since 2014 run by former advertising strategist Rachel Filer and head chef Frederique Nguyen, who comes from a pretty stellar career in five star hotels and restaurants back in Vietnam.

FOLD opens October 26 at 204 Brick Lane, London E1 6SA. They'll have a soft launch until 30 October with 50% off food. To book, email info@foldfood.co.uk. Keep up with their news on Twitter @FOLDfood