Fodder are the next residency at Great Guns Social in Borough 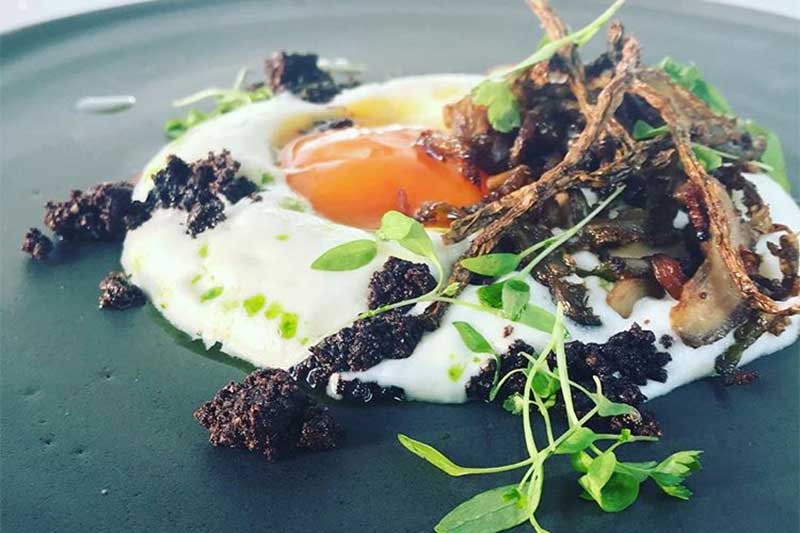 If you haven't already heard of it then you can be sure that at some point in 2018 you'll end up eating at Great Guns Social. This new Borough venture was opened in the middle of last year by the film company Great Guns in the space that used to be The Escape (and, before that, the Goldsmiths Arms). They've brought in Maria Elia to curate a really interesting mix of residencies and to date have already had Khalid Dahbi and food author and chef, John Gregory- Smith as well as JUMA Kitchen.

Now the next team to take over the space is the much-vaunted pop-up - urban foragers fodder. It's a dream team of former Fera at Claridge’s chefs, Michael Thompson and Ollie Downey who joined up with fodder co-founders Louise Stapley and Jenny Novitzky to run what they dub fine dining gone wild events.

"It's great to be launching in spring - a forager's dream," says Jenny, "so we'll be bringing lots of weird and wonderful ingredients into the kitchen from the wild.”

Dishes might be pork and smoked eel pie with dirty mash; celeriac with confit yolk, oyster mushrooms and three corner leek or maybe cod poached in seaweed butter and nettles. Price wise it'll be £2-£6 for bar snacks and £9-£16 for main dishes. Alternatively go for the Chef’s Choice tasting menu, serving up six courses for £50.

Where is it? 96 Southwark Bridge Road, London SE1 0EF