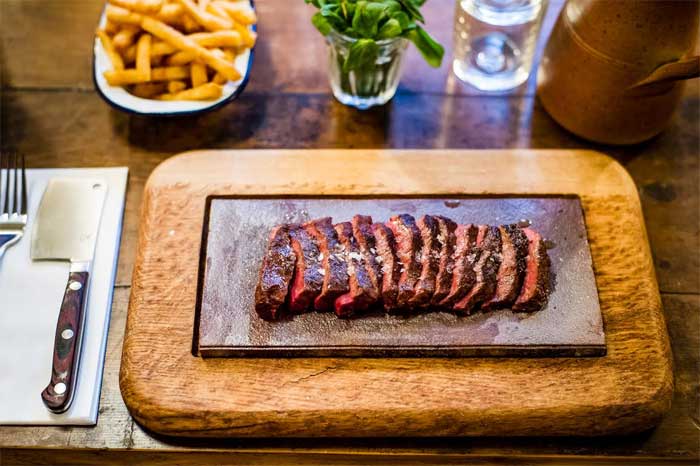 We've been big fans of Flat Iron since its early days as a pop-up so news that they're expanding to a massive new Covent Garden restaurant before the end of the year fills us with good cheer.

The new restaurant on Henrietta Street is going to have room for 180 diners - three times as many as their other places on Beak St and Denmark St. And, as they have so much space to play with, they've got some new features planned.

“The Henrietta Street space is by far the largest we have worked with and has allowed us to consider features that we’ve always wanted but never had room for," says owner Charlie Carroll. “Alongside the incredible AvroKO Design Group in New York, we have been working on a new dessert approach, a different take on British craft beer and a working butchery in the middle of the restaurant."

Flat Iron opens officially on 3 December 2015 at 17-18 Henrietta Street, London WC2E 8QH. But for the three days before that (30 November  - 2 December) they'll be on soft launch, offering a free Flat Iron steak per person with one side dish every evening from 6pm. There are no reservations, it's walk-ins only. Keep up with their news on Twitter @flatironsteak