Fay Maschler's Great Taste menu at the Cadogan in Knightsbridge 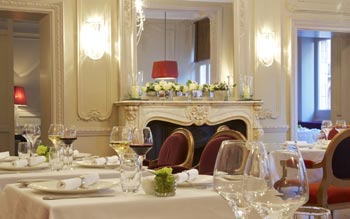 Fay and Beth's menu is part of a series of dinners the Knightsbridge hotel has been running in conjunction with the Great Taste awards - one of the food industry's most respected accolades which highlights great British producers from across the UK.

"My sister Beth and I created the menu," Fay told Hot Dinners. "We are not cooking. The chef at The Cadogan is Oliver Lesnik. And jolly good he is."