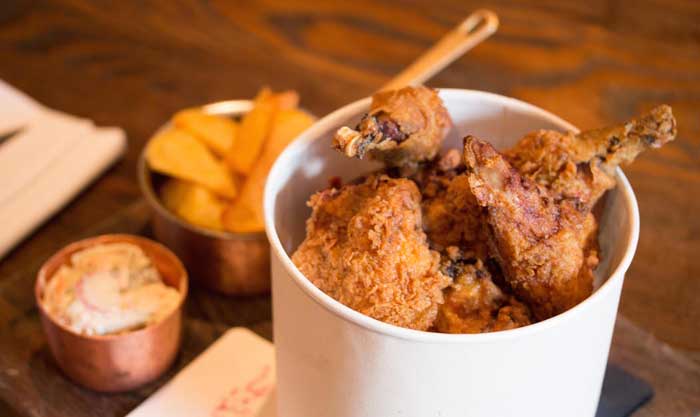 With all the spurious National Weeks we have flying around it's not surprising that a London pub chain has taken it upon itself to launch its own such week. This is how National Pheasant Week came about. It's the brainchild of the ETM group and takes place from the 16-22 November 2015.

Which is where this rather marvellous sounding dish comes into play. The Finger Lickin’ Pheasant Bucket costs £15 and features eight pieces of pheasant, coated in The Jugged Hare’s secret spice mix, deep-fried and served with hand-cut chips and freshly-made coleslaw.

The Finger Lickin' Pheasant Bucket will be available across the group's pubs (The Jugged Hare, The Botanist (Sloane Square and Broadgate Circle), One Canada Square, The Gun, Chiswell Street Dining Rooms, The Well, The White Swan and Ealing Park Taver) for National Pheasant Week only. For more - follow them @etmgroup