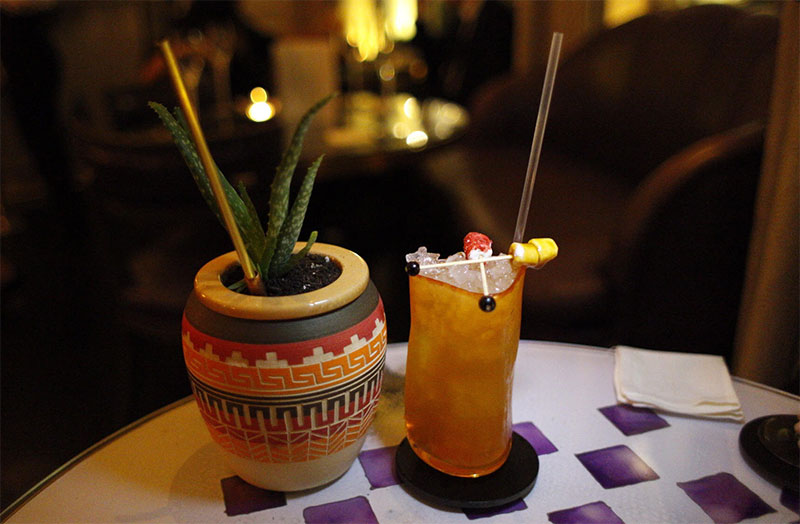 We popped down to Artesian last week to see how the new menu is shaping up. Headed up by Dino and Gabor the new bar team have been working intensively over the last 12 months to develop the menu. We're pleased to see that the attention to detail behind it really shows through.

The Perception menu includes a range of esoteric ingredients such as Unico, a Hungarian liqueur, soursop, saffron and Bajan liqueur falernum. However, each of these are employed with care and avoid dominating the drinks in which they appear, subtly adding depth and complexity. Each drink is an experience in itself and the team have gone to great lengths to source unique glassware and vessels to create this.

If you only have time for one or two we’d suggest trying the following cocktails:

It’s also worth noting that the fantastic SNAX menu which was originally launched in late 2015 to match the cocktail menu at the time has also seen a total revamp - highlight dishes which we strongly recommend include truffled parmesan ‘churros’, spiced tuna tartare and avocado tacos, and some roast chicken rillettes which will have you eating them straight out of the pot.

On a Tuesday evening, the bar was heaving but our waiter still took the time to walk us through the menu and answer our many questions. If you’re planning on visiting we’d suggest heading there for a pre-dinner drink as they don’t take reservations. 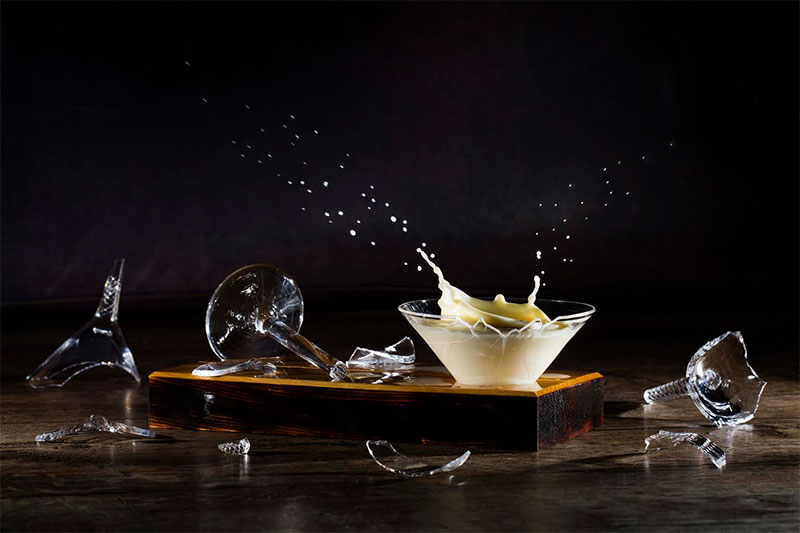 The team at Artesian bar at The Langham Hotel - one of London’s top bars and perennial Hot Dinners' favourite has announced a brand new cocktail menu. Launching next month,the menu fuses innovation and creativity with the signature five-star service for which Artesian is renowned.

Artesian carries with it an impressive reputation, holding the title of 'Best Bar in the World' four years on the trot. Now under the direction of Dino Koletsas, Director of Bars (Milk & Honey, Little Bat), and Head Bartender, Gabor Fodor (Maze, Royal Exchange), the duo have spent the last year crafting and developing an all new menu which features 20 cocktails centred around the theme of ‘perception'.

This promises to deliver an unrivalled sensory experience forged from a huge range of ingredients from around the world, served hot, cold and somewhere in between.

Cocktails at launch include:

Those looking for something lighter will be well taken care of with three non-alcoholic drinks on offer. The 'Som Tum' might be a tempting option - inspired by the Thai salad, the blend of flavours melds papaya, chilli, citrus, elderflower and holy basil, with a Himalayan salt rim. The more adventurous option, 'Throw Some Dough' brings together clarified tomato, carrot, onion, oregano and quinine and a dash of chilliis perfect for fans of Virgin Mary’s.

The Perception cocktail menu has launched at Artesian now. Artesian at The Langham is at 1c Portland Place, Regent Street, W1B 1JA. For more, follow them on Twitter @Langham_London.