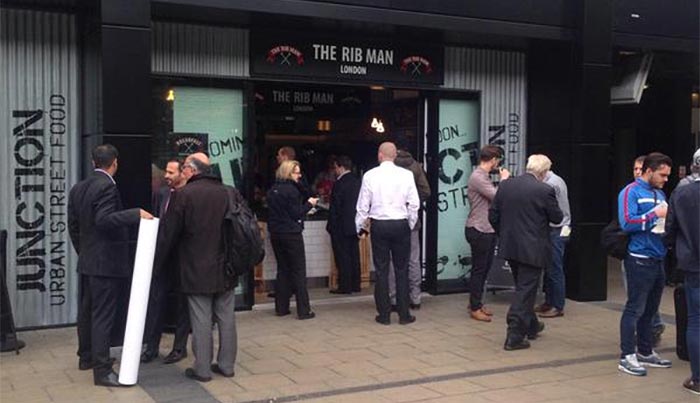 It's not just nearby King's Cross that's got a street food bug of late, now Euston's getting in on the action - but with maybe a little less of the "street".

They're opening a new section just outside the station called Junction - three food outlets which may eventually rotate with other sellers  - around every 6-12 months - so they'll be a bit more permanant than your usual street food set up. And they've a pretty solid line up too, with Big Apple Hot Dogs, rib rolls (and breakfast!) from The Rib Man and coffee from Beany Green all kicking things off. So it's definitely a place to head to if you're in the area.

Junction officially opens at Euston Station on Thursday 11 June. It'll be open 7am -11pm daily. For more, follow them on Twitter @junction_euston