Eat a whole roast in a burger, thanks to Roast 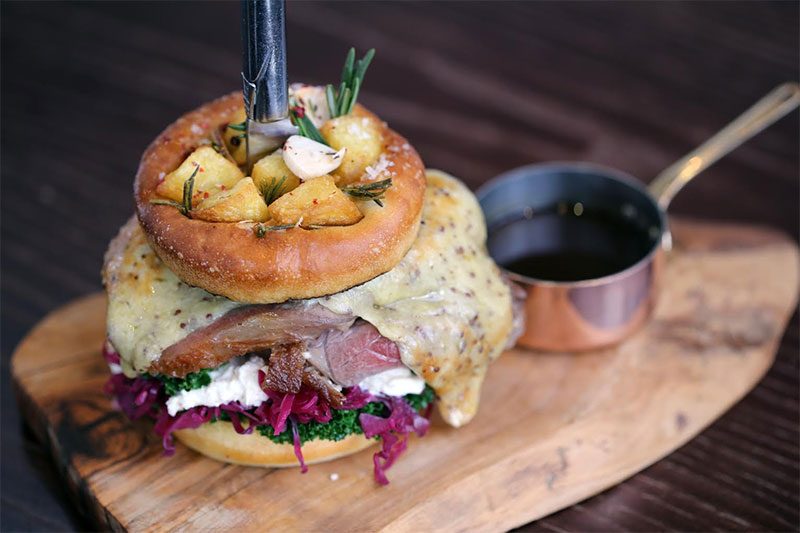 Bleak, miserable old January is here, with its dark nights and post-Christmas waistlines, and it’s tempting to fall into the self-flagellation camp of diets, jogging and absolutely no comfort food. Or you could just screw it all and have an entire roast lunch in a burger with a roast potato bun on top.

The Roast Burger will provide those who’ve chosen to temporarily forget their New Year’s Resolutions with a Sunday lunch in a bun - layers of roast beef with carrot piccalilli and horseradish sour cream, with kale and red cabbage. Then it’s sandwiched between a roast potato, rosemary and garlic bun, and served with loads of red wine onion gravy. Oh, and also cheese - loads of melted cheese. Ale and mustard cheddar, to be precise. Because January.

If you’re not quite at that level yet, you’ll also be able to try roasted goodness in more traditional, plate-based forms on the Roast Flight menu. It'll include Hasselback potatoes with duck bacon and Berkswell cheese, or hay smoked chicken with chorizo fritters and piccalilli.

We expect to have all of the above pop troublingly into our mind as we attempt to stave off another grim winter’s day with a miso soup.