Draft House to take over Hammersmith's The Laurie Arms pub 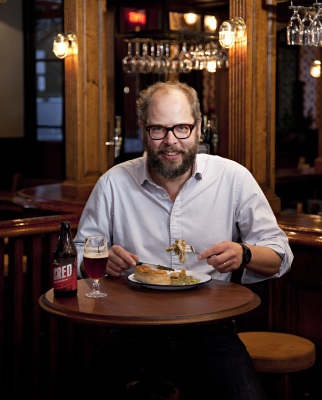 In honour of the late, lamented Hammersmith Palais which was demolished in 2013, Draft House founder Charlie McVeigh is planning to create an homage as part of the newest addition to the Draft House empire. He's taken over The Laurie Arms pub on Shepherds Bush Road which will become the seventh pub in his growing chain.

Both the interior design and playlist of Draft House Hammersmith will recall the heady days of the Hammersmith Palais. "Many of us have happy, sweaty, pogo-ing memories of the Palais and a little bit of me died when I heard it was being torn down," says Charlie. "Original gig posters and photos from the interior will serve as a permanent memorial to the place.”

On the drinks list there'll be optics cocktails including The Manhattan, BUMP Martini, and BUMP Hi-Bye (all at £5.00). To soak up the booze there'll be a pie menu including Steak & Ale, Steak & Kidney, Chicken Leek & Ham and Spinach, Sweet Potato & Goat’s Cheese.

We rather like their plans for the pub's outdoor space - the garden will feature a wooden drinking den, fitted out with booths and a stove and a living wall of ferns, palms and moss.