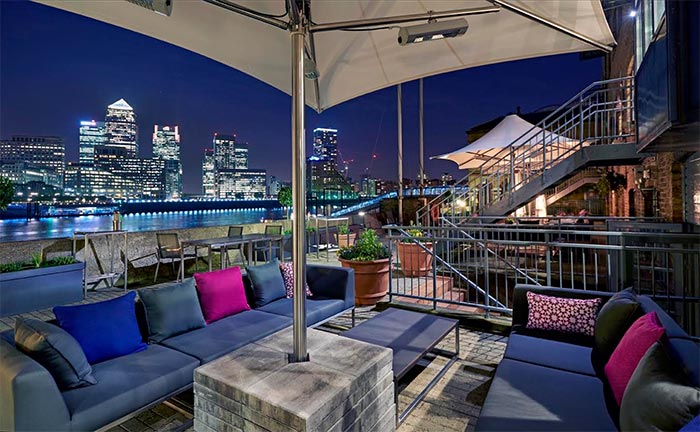 There's been a big multi-million-pound revamp at the Doubletree by Hilton over in Docklands (just opposite Canary Wharf, across the river - they have a river shuttle) and they're about to launch a new restaurant as part of it. Columbia will be a new riverside restaurant with and has a terrace with a separate barbecue menu and a cigar terrace too.

Ad for the food in the main restaurant, it's modern British and includes

The barbecue terrace menu has meat, fish and vegetarian skewers.

Columbia launches fully on July 7 but until then they have 50% off food until then (you'll need to book in advance). It's at 265 Rotherhithe Street, London SE16 5HW and you can find out more from them on Twitter @columbiarest