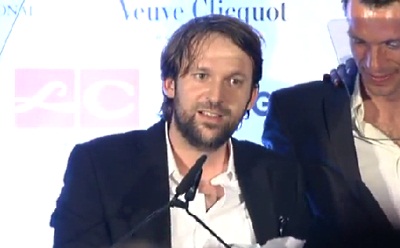 There's more than three months to go until the World's 50 Best Restaurants list is announced for 2015, but already odds are being offered on which restaurant will top the list.

According to Betfair Sportsbook, which has already opened betting on this year's title, René Redzepi’s Noma is 10/11 hot favourite (that's René accepting his award last year) and Spain's El Celler de Can Roca is second at 7/4. London's Dinner by Heston Blumenthal comes up third at 5/1 while New York's Eleven Madison Park is 7/1.

Other London restaurants given odds this year are The Ledbury at 18/1, Gymkhana at 20/1 which would be a pretty long shot given that it's not even on the list, and - even more strangely, as they actually are - The Clove Club at 25/1.