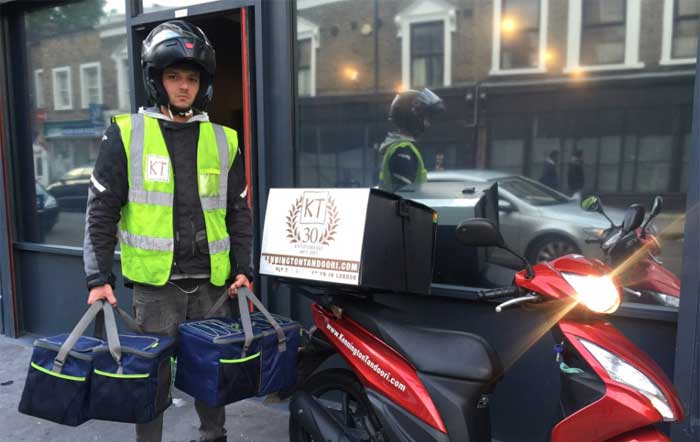 So, what does an outgoing Prime Minister do for his last night at Downing Street? Orders in a curry of course. That's the story regarding David Cameron's dinner as revealed by the London restaurant who delivered it.

The restaurant in question was the Kennington Tandoori who tweeted yesterday that they'd delivered a "last supper to No 10 Downing Street. It's been a pleasure Prime Minister!"

As for what was in the order, all that packing must have made them pretty hungry because it contained "Hyderabadi Saffron Chicken, Kashmiri Rogan Josh, Nasheeli Gost, KT Mixed Grill (Lamb and Chicken), Chicken Zalfrazi, Saag Alloo, Saag Paneer, Palak Gost, Veg Samosas, Naan bread and Rice among other dishes," restaurant Manager Dr Kowsar Hoque told the Press Trust of India.

Apparently the restaurant, which was reviewed just last month by Tom Parker Bowles in the Mail on Sunday, are a regular delivery service to the Prime Minister's residence. "The residents of No. 10 Downing Street have enjoyed meals from the Kennington Tandoori since the restaurant opened in 1985 and the KT would hope that they continue to do so," they said.

Last supper delivered to #10downingstreet by #theKTLondon. It's been a pleasure Prime Minister! pic.twitter.com/d2txLzoCbH