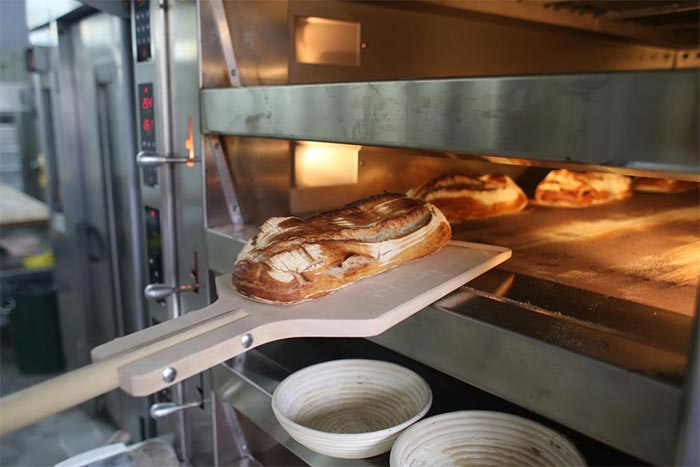 A new bakery is opening in London Fields that sounds VERY interesting. The Bread Station is billed as a Traditional Danish bakery and particularly noteworthy is that it's coming from Christoffer Hruskova. He's best known for being the Michelin-starred chef behind the late lamented North Road - so we're assured of quality here.

The Bread Station follows Danish baking principles and natural bread - that's organic bread made without yeast. So there's natural fermentation of stone-milled organic British grains. Apparently we're told it "has a high water content which results in a moist crumb with added freshness." It's all based on techniques Danish baker Per Brun, who Hruskova worked with and who founded the original Bread Station in Denmark, so this sees the chef going back to his roots.

As for what's on sale (and it's all 100% organic), expect the Familigia, a traditional wheat flour bread, London Fields Seeded with cracked rye, pumpkin and sunflower seeds and their signature Hackney Whole Grain. They'll have tradition Danish pastries (of course) while other pastries include Kringle, a Danish sweet pastry and Hindbaersnitter, a classic Danish short crust pastry baked with raspberries in between the pastry. And they'll also have traditional Apple Rhubarb Cake, Cinnamon Rolls and Sweet Tea Buns.

So if you fancy a PROPER Danish - you know where to go.